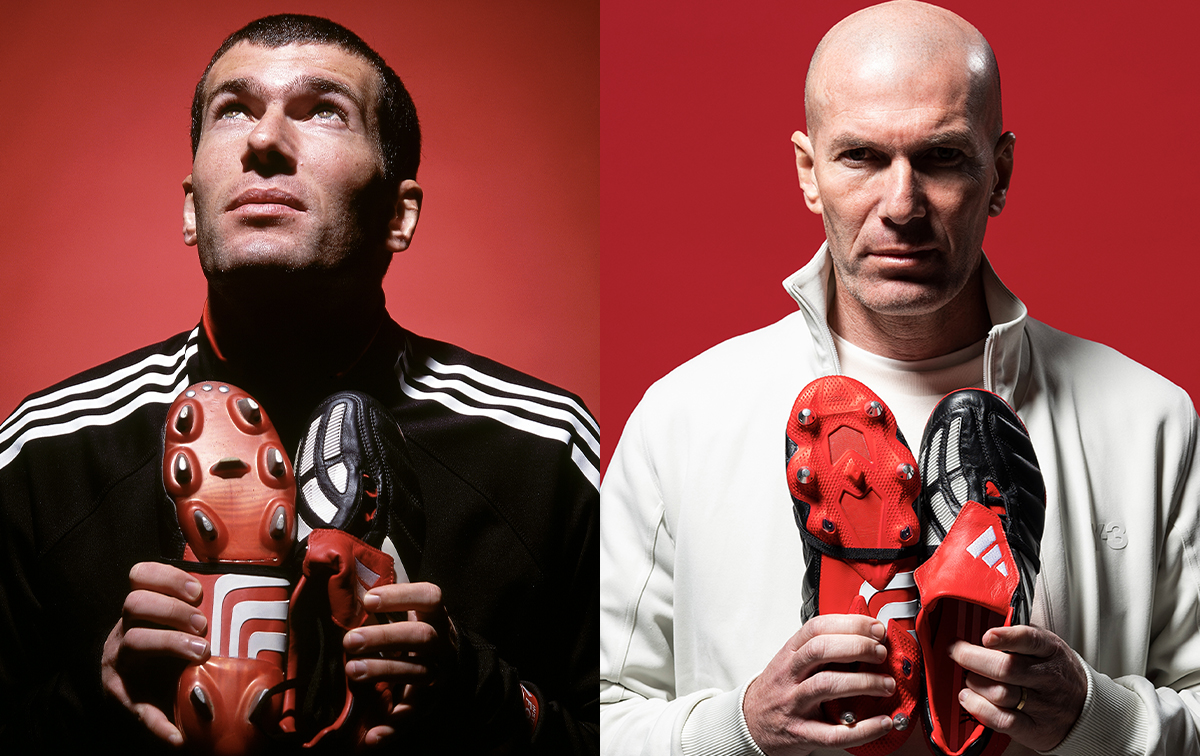 The Adidas Predator Mania boots were immortalised with just one swing of Zinedine Zidane’s left foot.

The fiery Frenchman helped to create an icon of the game when he scored a worldie in the Champions League final in 2002. Now, Adidas are releasing an updated version of the Predator Mania, 20 years after Zizou’s brilliance cemented them in our hearts.

The Pred Manias are one of the greatest football boots of all time, after all. It’s good to have them back.

The Mania saw a reinvention of the Predator back in 2002, when the three stripes of Adidas were incorporated onto the area of the boot that players would cross the ball with.

Worn by the likes of David Beckham, Raul and Alessandro Del Piero, these beauties were influenced by Japanese culture, with the World Cup that year being held in the far east. The Mania was brought in for the 2002 World Cup but lasted up until the run-up to Euro 2004, with a grey/silver colourway becoming popular in 2003.

The original design of the boot, from the power zones to the thick, soft leather remains completely untouched. As with the Predator Pulse boots – which were re-released last year – the only change is that the heel from recent Predator models has been added to give some sturdiness to the boot.

So far the only colourway that has been teased by Adidas is the black, red and white classic that the early Pred models all came in. Over the years, the Predator has evolved to become ever-more colourful – but these are the staples.

Perhaps the most famous colourway aside from the black ones is the champagne shade most notably worn by Beckham. Adidas released a remake of that particular vintage a few years ago – they’re on Pro:Direct’s website (opens in new tab) –  but they’re out of stock.

It’s unknown as yet as to whether Adidas will be releasing this new anniversary boot in any other colours but the Pulses were only released in a new colourway of black, gold and white (opens in new tab) and a “UCL” special of blue, black and pink (opens in new tab).

For the anniversary of these particular boots, it’s fitting to bring back Zidane, who scored arguably the most famous goal ever (opens in new tab) from a Predator against Bayer Leverkusen – and it’s a great touch that Adi got him to recreate the original photoshoot, which took place in Oxford.