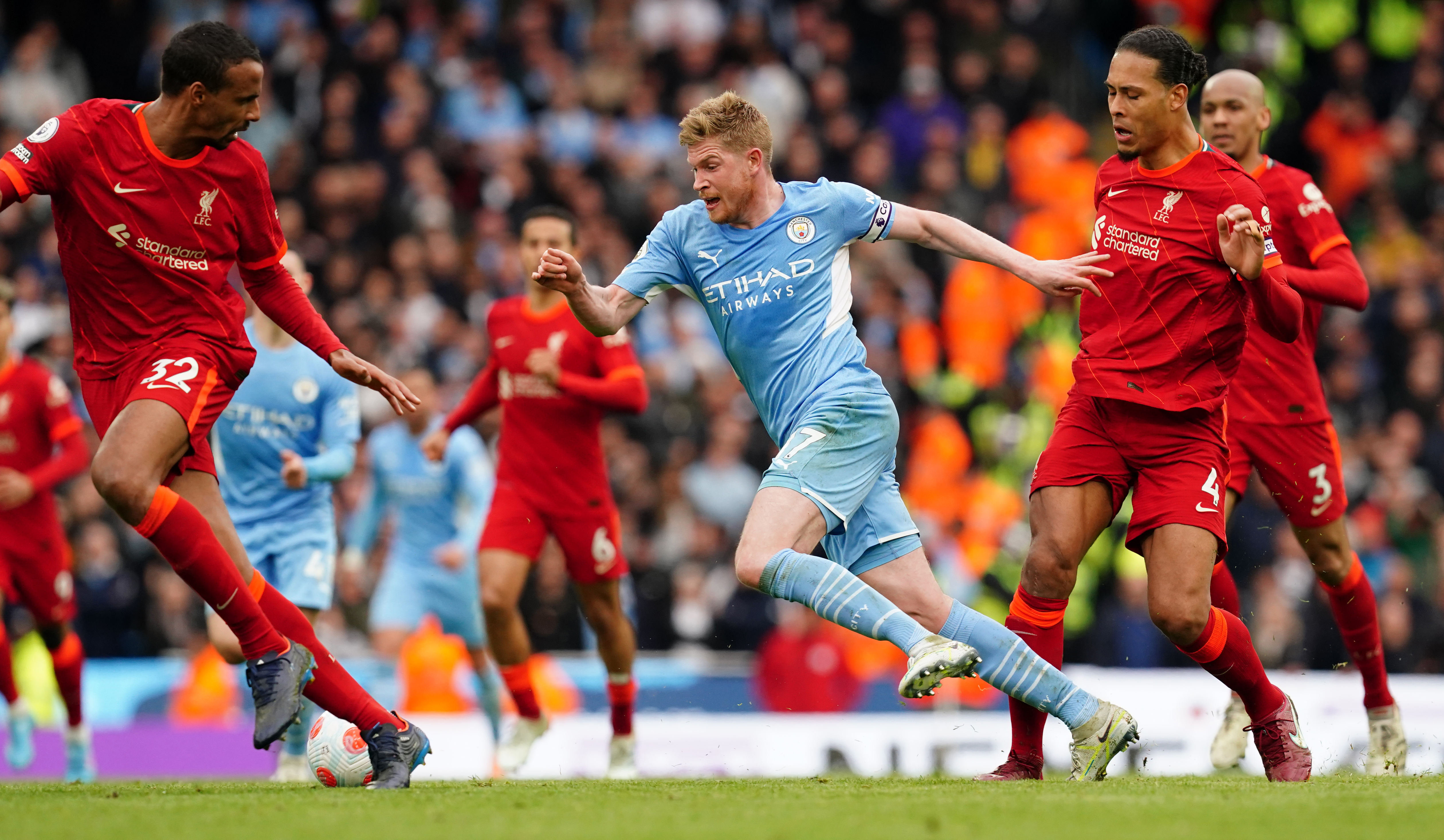 Liverpool defender Andy Robertson insists an unprecedented quadruple is not a topic of discussion within the dressing room.

Having already won the Carabao Cup in February, Jurgen Klopp’s side remain the only team capable of winning all four trophies this season although the 2-2 draw at the Etihad Stadium has left the advantage with Manchester City in terms of the Premier League race.

Liverpool, however, have one foot in the semi-finals of the Champions League as they hold a 3-1 lead over Benfica heading into Wednesday’s second leg while they will face City again at Wembley in the last four of the FA Cup this weekend.

But Robertson stressed the players are focused only on the next game, which happens to be a European one.

“Look, we literally just talk about the next game. As it comes,” he said.

“You can’t look too far ahead, you think of the next game and that’s Benfica then we move on from there. Definitely no chat like that (about a quadruple) in our changing room.

“We are already focused on Benfica now. We have a lead but we need to get through. We need to try to win that and then get into the semi-finals.

“If we do that then we focus on the next one. We are still fighting on all fronts, we still have a lot of games to play and if we win hopefully it ends with silverware.”

Liverpool twice came from behind at the Etihad Stadium to secure a draw which keeps their title chances alive.

That was the first league match in 11 they had not won but the Reds cannot afford any more dropped points if they hope to lift a second title in three years.

“It’s obviously out of our hands; if they (City) win all their games then it is their league but if they do drop points we need to be ready to pounce.

“The only way of doing that is by winning games, if we do that then let’s see where we end up in May.

“The points tallies we’ve racked up in the last couple of years has been incredible but there can only be one winner so we need to keep fighting and see what happens.

“I think we have got a really tough run in, all games are tough in the Premier League especially when you get to the end bit.

“But we need to be at our best, we need to be better than we were (at City) and if we do that then let’s see where we end up and hopefully we can win something. If not, we will give it our best shot.

“Time will tell. You never know. We need to win as many games as it takes to try to win the league, it’s as simple as that.

“We wait to see what results happen, we need to keep dealing with each game as it comes.”