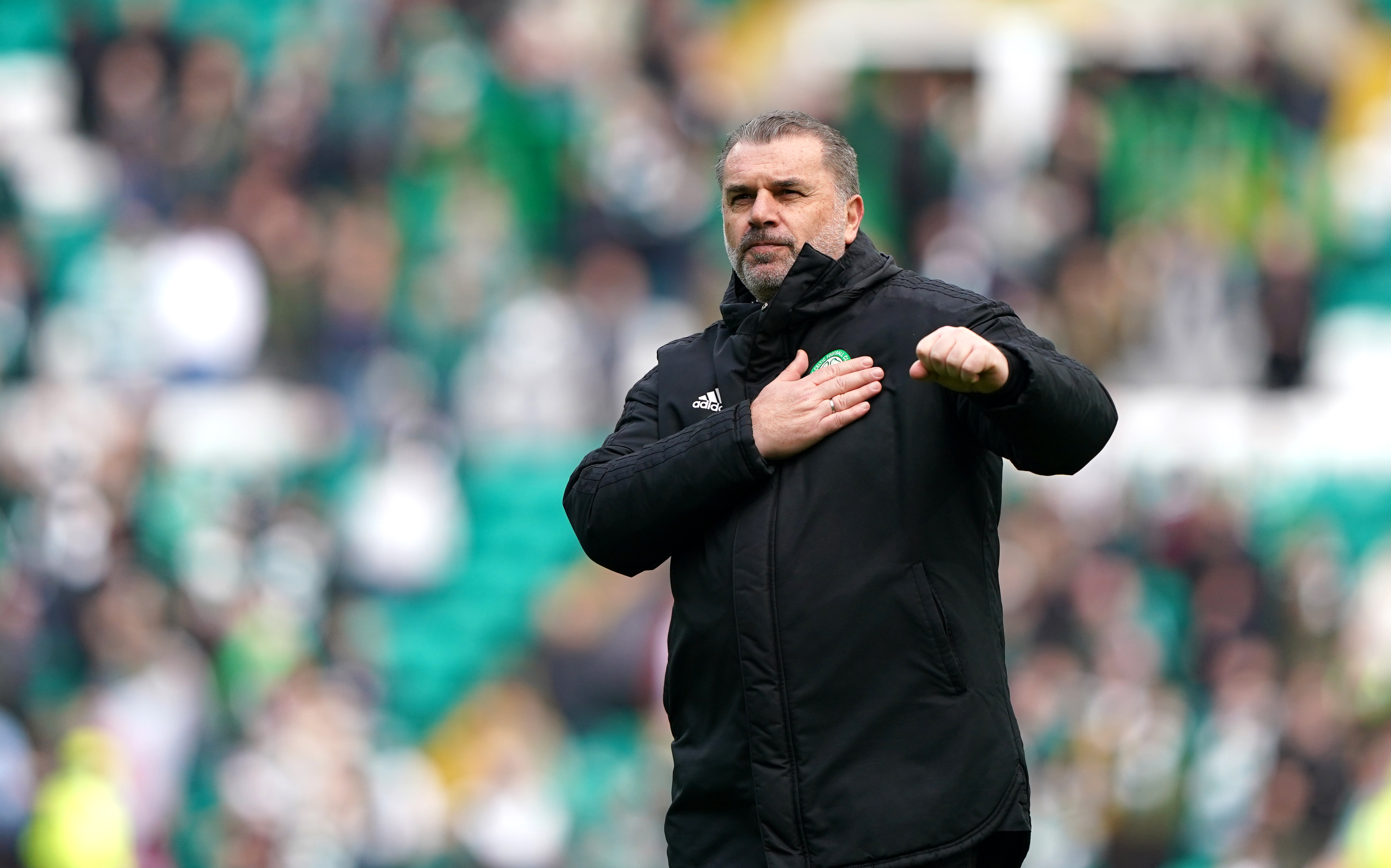 Celtic manager Ange Postecoglou has urged his players to embrace the opportunity to add to their legacy when they face Rangers in the Scottish Cup semi-finals.

Postecoglou’s side travel to Hampden on Sunday with the chance of a fifth treble in six seasons very much on.

A hat-trick of derby wins would leave Postecoglou within touching distance of following in the footsteps of Jock Stein, Martin O’Neill, Brendan Rodgers and Neil Lennon in securing a clean sweep of domestic trophies.

“Every cup game you play, if you want to progress, you have got to perform on the day and get the job done on the day. There’s no second chances.

“The players know the occasion, I don’t have to disguise or dress it up in any other way than it’s going to be a massive game with massive consequences, and it’s exactly where we want to be.”

A small band of 700 Celtic fans watched their side win 2-1 at Ibrox earlier this month after a two-year absence of away supporters in the derby fixture.

The neutral venue of Hampden will allow about 25,000 supporters from each side of the Glasgow divide to make an altogether different atmosphere.

“It will be a different experience and a unique one, and again something to embrace,” Postecoglou said.

“It’s what we all want to be involved in, games where at the end of it, hopefully you make memories that will last beyond your own lifetime.

“That’s the opportunity that exists and it’s one we are looking forward to.”

While Rangers will take on Braga in the second leg of the Europa League quarter-finals on Thursday, Celtic will get extra time to prepare for the cup tie.

Rangers will have played twice before kick-off since Celtic beat St Johnstone 7-0 to reinforce their title ambitions.

Postecoglou is confident in the ability of his squad to cope with any schedule but will look to make the most of the interval between fixtures.

“It’s a benefit because we will use it that way,” he said. “It depends what you do with those days. We haven’t got a week so we can relax, it’s a week where we can put solid work into the players.

“Now, if we had a game, that would still work the same way.

“Our battle at the start of the year was that we didn’t have a robust and strong enough squad to cope sometimes with three games in a week and keep our levels up. But with the squad we have got now, I would be confident if we had a midweek game that it wouldn’t affect our performance at the weekend.

“But having a full week just allows us to really work hard with the boys and prepare and play our football. We have got that extra time so we are going to use it.”

The time could give Giorgos Giakoumakis and David Turnbull the chance to feature against Rangers.

The Greek striker tweaked his hamstring and went off in the first half against St Johnstone while midfielder Turnbull finished the game with a knock.

On Giakoumakis, Postecoglou said: “Nothing concrete yet. We are still waiting on the final scans from it. Hopefully it’s not too bad. He feels like it’s not too bad, but again, until we get the information, we won’t know.

“Similar with David Turnbull, he got a pretty hard knock. It’s only been a couple of days so we will see how it all settles down with both of them. I’m hoping it’s not too lengthy an absence.”