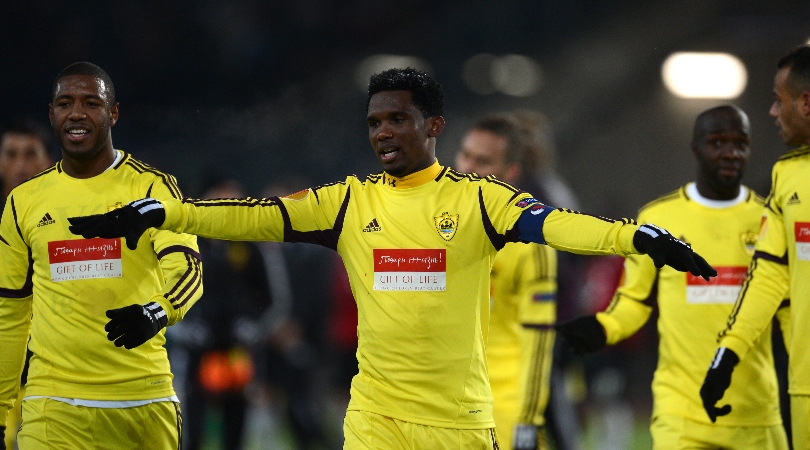 Russian club Anzhi Makhachkala, once the world’s richest and home to Samuel Eto’o and Roberto Carlos, is to become extinct.

At the height of the investment, Anzhi made Eto’o the world’s highest-paid player, with the Cameroon earning a reported €10 million per year.

Anzhi also attracted Roberto Carlos, Willian and Lassana Diarra in an expensive project, which saw the players train in Moscow and fly out to Makhachkala for their home matches every two weeks.

Coached by Gus Hiddink, Anzhi narrowly missed out on Champions League qualification and reached the last 16 of the Europa League in 2012-13, losing to Newcastle United.

The club have since fallen on harder times and have been denied a licence for Russia’s third tier after failing to meet the mininum requirements.

Anzhi will now play their final professional match on June 5, but have vowed to return in the future.

“The lack of a club licence means the club automatically loses its professional status,” Anzhi said in a statement

“The entire team of Anzhi made every possible effort to pass the licensing procedure and hoped for a positive outcome until the very end.

‘We believe this is not the end. We believe that one day Anzhi will return. One day this star will light up again and will shine even brighter!”