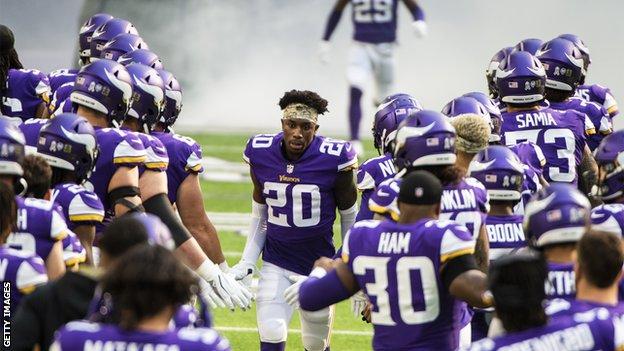 Arizona Cardinals cornerback Jeff Gladney has died in a car accident at the age of 25.

Arizona signed Gladney, who previously played for the Minnesota Vikings, on a two-year deal in the off-season.

“We are devastated to learn of Jeff Gladney’s passing,” the Cardinals said in a statement.

“Our hearts go out to his family, friends and all who are mourning this tremendous loss.”

After playing college football at TCU, Gladney was selected by the Vikings as the 31st pick in the 2020 NFL Draft.

He played in 16 games, making 15 starts, before being released in August 2021 after a felony assault charge in a domestic violence case.

After sitting out the 2021 season, Gladney was found not guilty in March 2022 and signed with the Cardinals shortly after.

A Vikings statement said: “We are saddened by the tragic death of former Viking Jeff Gladney. Our hearts go out to his family and friends, as well as the Arizona Cardinals organisation and Jeff’s current and former team-mates and coaches who are mourning his life lost much too soon.”