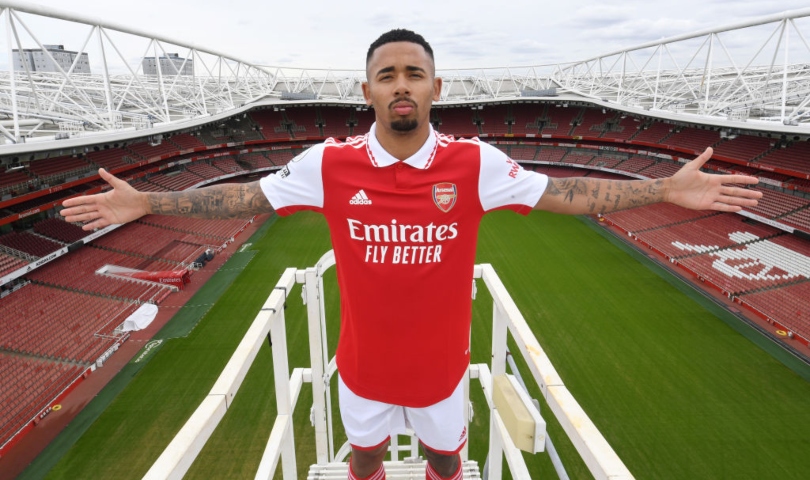 Arsenal could be set to re-sign a former star as Mikel Arteta looks to bolster his squad further this summer.

The Gunners have had a busy transfer window thus far, starting to window with American goalkeeper Matt Turner and Brazilian youngster Marquinhos both joining the club, before Porto midfield schemer Fabio Vieira was surprisingly added shortly after.

Most recently, Brazilian forward Gabriel Jesus swapped Manchester City for north London in a £45 million deal – but Arteta still apparently wants to add a left-sided defender, a right-winger and another midfielder.

The 24-year-old joined the Gunners as a teenager and came through the academy until he left for Empoli. Bennacer later moved on to Milan, where former Gunners director Ivan Gazidis is currently chief executive.

The South African is unlikely to do his former club any favours, however. Milan are believed to be in talks over a contract extension for Bennacer, who will see a bumper pay rise and a steep increase in his release clause.

The Algerian international could be used across the midfield, should Arteta move for him. The Gunners are also believed to be interested in Leicester City star Youri Tielemans, however, who could be a cheaper acquisition for under £30m.

Bennacer is valued at around £30m by Transfermarkt (opens in new tab).

Gabriel Jesus has tied up a move to Arsenal at long last – but one former Manchester City star has slammed his former side, calling the transfer “a mistake”.

After completing the signings of Porto midfielder Fabio Vieira and United States goalkeeper Matt Turner, the Gunners don’t seem content to stop spending. Tammy Abraham has been linked, with Jose Mourinho keen to keep his Roma talisman, while Lens star Cheick Doucoure has been linked and Leeds winger Raphinha rumoured.

There could still be outgoings, too. Hector Bellerin is set to depart the club he made his name for, while Kieran Tierney is a surprise Manchester City target.