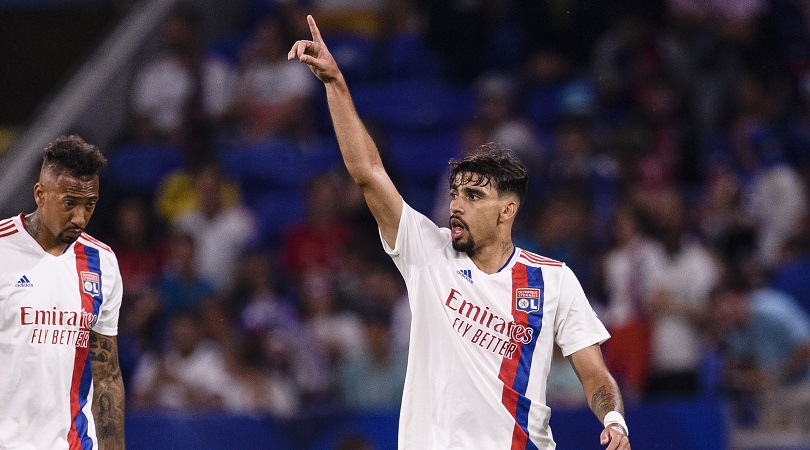 Arsenal are could make a move for Lyon attacking midfielder Lucas Paqueta this summer, according to reports.

The Gunners have had a busy window so far, bringing in Gabriel Jesus, Oleksandr Zinchenko, Fabio Vieira Marquinhos and Matt Turner.

Their transfer business might not be done yet, though, with manager Mikel Arteta and sporting director Edu Gaspar both eyeing more deals.

“You can see that we are still a little bit short in some positions for the way we want to play. It is something we are trying to address,” Arteta said after his team’s 4-0 thrashing of Chelsea (opens in new tab) in a pre-season friendly on Sunday.

Paqueta is reported to be near the top of Arsenal (opens in new tab)‘s wish list, although the club has not submitted an official bid to Lyon.

Edu acknowledged that he admires his fellow countryman, who has been likened to Kevin De Bruyne in the past.

But a deal does not appear to be imminent, with the former midfielder stating that Arsenal are prioritising other areas of the squad.

“I like Paqueta a lot, I’ve been a big fan for a long time, since my time with Brazil’s national team,” Edu told TNT Sports (opens in new tab).

“But today, there really isn’t any kind of talk, there’s only my admiration for the player, because the squad today is, in the position he plays, I think we’re very well served in this regard.”

That does not necessarily mean Arsenal will not make an offer for Paqueta this summer, though.

A move would probably require the Gunners to sell some of the fringe members of their squad first.

But if they are able to shift some of the unwanted players within the group, that could raise funds for the purchase of Paqueta.