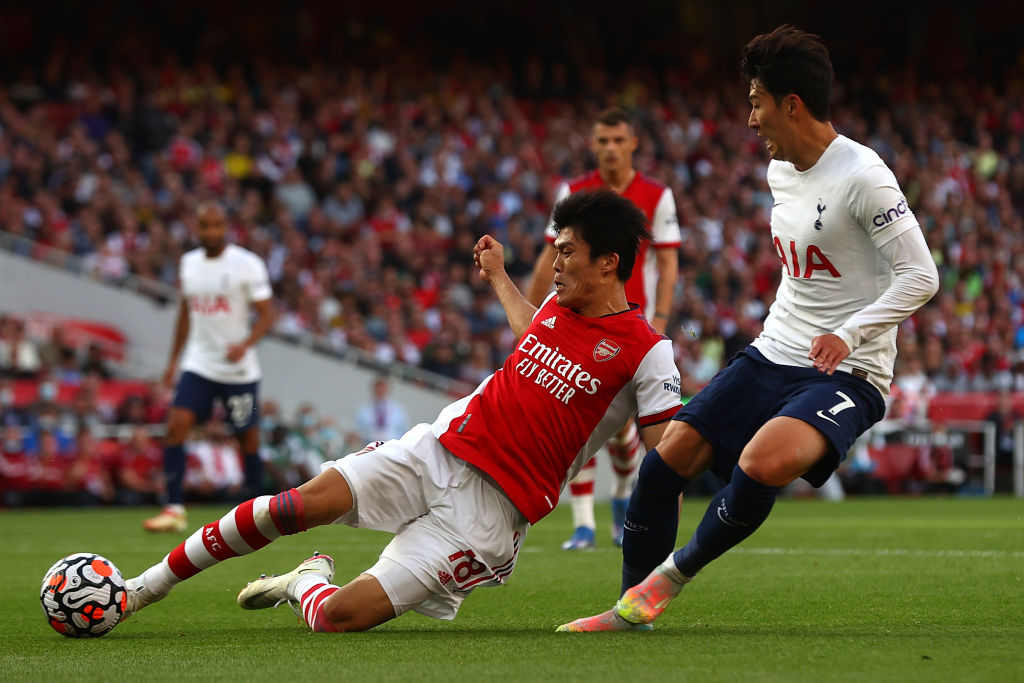 Arsenal are going to bring in another right-back this summer to compete for a place in Mikel Arteta’s first XI.

The Gunners accelerated plans to sign a player in that role towards the end of the summer transfer window last year. It was thought that Arteta was happy to stick with the players that he had, until the side’s appalling 5-0 defeat away to Manchester City.

After the thrashing, the north Londoners signed Japan international Takehiro Tomiyasu from Bologna. The 23-year-old has impressed hugely since joining, showing two-footedness, defensive discipline and a physicality that Arsenal have needed in their backline – nevertheless, he could be able to be replaced.

Tomiyasu has barely played since Christmas after picking up a thigh injury. The Japanese was rushed back against Liverpool in the League Cup, where he performed poorly and hasn’t been seen since.

With Arsenal using former Southampton defender Cedric Soares in that position now, the downgrade has been clear to some – and Arteta is going to amend that this summer, according to The Sun, by bringing in Norwich City defender Max Aarons.

Described as “outstanding” by former boss Daniel Farke, the 22-year-old is thought to have a big career ahead of him, despite an impending relegation from the Premier League. The full-back has been a key member of two promotions and it’s thought by many fans that he will thrive in a possession-based team in the Premier League.

Aarons is valued at around £20m by Transfermarkt.