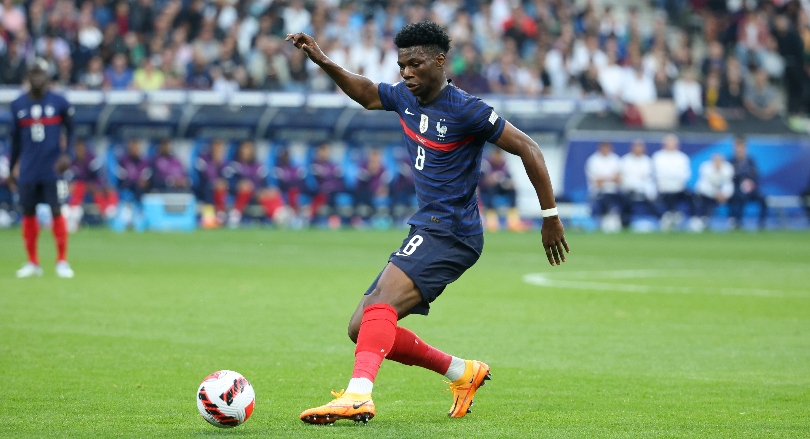 Real Madrid may have missed out on Kylian Mbappe this summer, but Los Blancos have signed one of France’s most exciting players in midfielder Aurelien Tchouameni.

The European champions announced the signing of the 22-year-old Monaco midfielder on Saturday, beating a host of Europe’s elite clubs to the youngster’s signature in a deal which will total around €100 million (£85m) in the transfer fee and add-ons.

Tchouameni has signed a six-year deal with Real Madrid and will join the fierce competition for places in a sector already brimming with talent – with Luka Modric, Toni Kroos, Casemiro, Fede Valverde and his France team-mate Eduardo Camavinga also at the Spanish side.

So what can Real Madrid fans expect from Tchouameni and how will he fit in?

The 22-year-old is a modern-day defensive midfielder, but can also operate effectively in a box-to-box role.

Already capped 11 times (with one goal) by France, Tchouameni was born in Rouen and is of Cameroonian descent. The midfielder has a little bit of everything and his signing will give Madrid plenty of options.

Tchouameni is strong and athletic, with very good aerial ability and stamina. Excellent at winning the ball back, he covers a lot of ground in and out of possession and can link up well in attack. He has a fierce shot with both feet (particularly his right), is a threat with his head from set pieces and can pick out a pass as well.

His range of passing improved at Monaco following an €18m move from Bordeaux in 2020, while his elasticity and skill in tight spaces is a notable feature of his game. He is also very difficult to dispossess.

Already a player with few weaknesses, he can probably improve his decision-making and will need to adapt to a new league and set of standards at Real Madrid, but he has all the attributes to succeed at the Bernabeu and should be an integral part of the club’s midfield in the coming years.