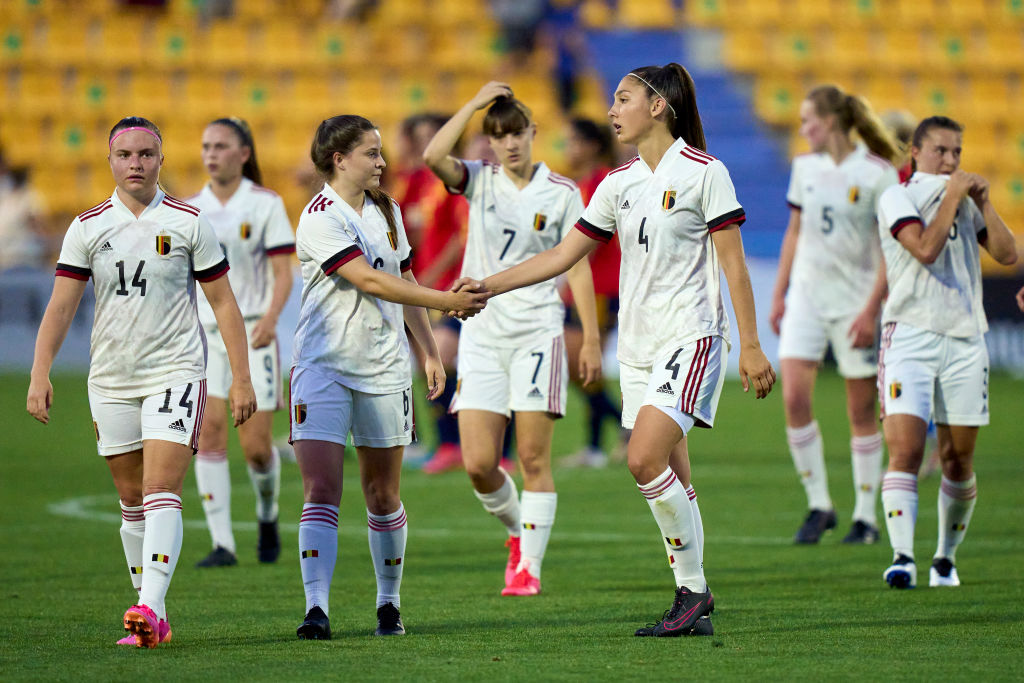 The final Belgium Women’s Euro 2022 squad is yet to be revealed but here is who Belgium most recently called up to their team.

The Belgium Women’s Euro 2022 squad will be made up of 23 players, of which three must be goalkeepers. If a player becomes unavailable before the start of the tournament, whether through injury or illness, Belgium will be able to select a replacement.

Belgium are playing at their second European Championships, having qualified for the first time in 2017. Although they did not progress beyond the group stage, a 2-0 win over Norway was a significant upset and gave them their first ever win at an international tournament. Here they again have a tough group, featuring France, Iceland and Italy but victory at the Pinatar Cup will have been a big confidence boost.

Former Manchester City striker Tessa Wullaert is Belgium’s captain as well as being their all-time leading goal-scorer. Now plying her trade back in her native Belgium, Wullaert has scored 54 goals in just 38 appearances for Anderlecht.

All-time record appearance holder Janice Cayman currently plays for Lyon, making her the most high-profile player of anyone in the Belgian squad. The defender previously won the NWSL in 2016 with Western New York Flash as well as having won the Champions League with Lyon.

Ives Serneels has been manager of Belgium since 2011 and has thoroughly overseen the development of the ‘Red Flames’, leading them to the 2017 and 2022 European Championships, as well as almost qualifying for the 2019 World Cup.