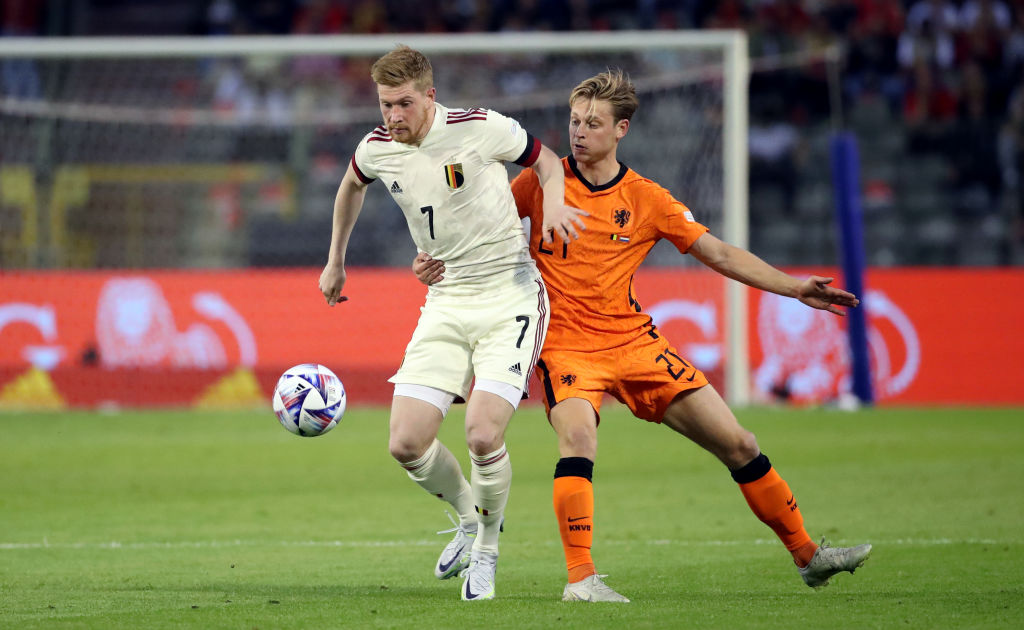 Chelsea are in talks to hijack Manchester United’s move for Barcelona midfielder Frenkie de Jong, say reports, and the Blues could send two players in the other direction to convince the Spaniards.

United have been in talks over a deal for the Netherlands international for weeks, but Barcelona president Joan Laporta has insisted that they “don’t want to sell”. (opens in new tab)

A report in Spanish outlet Sport (opens in new tab)has now claimed that Chelsea could pinch De Jong from under their Premier League rivals’ noses.

Chelsea have made their interest clear to Barca and could include Marcos Alonso and Cesar Azpilicueta, two players who are wanted by the La Liga giants, as part of their offer.

Contrary to other reports, the newspaper writes that there is no agreement between Barca and United over a transfer fee, as the Catalan club want €80 million up front.

A bid from Chelsea of €60m plus Alonso and Azpilicueta could be enough to convince them to sell, but for now Barcelona would prefer cash to a part-exchange.

The Stamford Bridge club are hopeful that they can convince the 25-year-old of a move by dangling the prospect of playing Champions League football, fighting for titles and living in London.

It would come as a stunning blow to United, who have made De Jong their top target and struggled to get new faces in the door this summer.

Left-back Tyrell Malacia remains their only new signing, after joining from Feyenoord this week, and new boss Erik ten Hag will jet off with his squad for a tour of Thailand and Australia on Friday.

Chelsea are preparing for a potential superstar move, as Neymar could well become available this summer.

The west Londoners may well look at swap deals, too, apparently to refresh their squad.