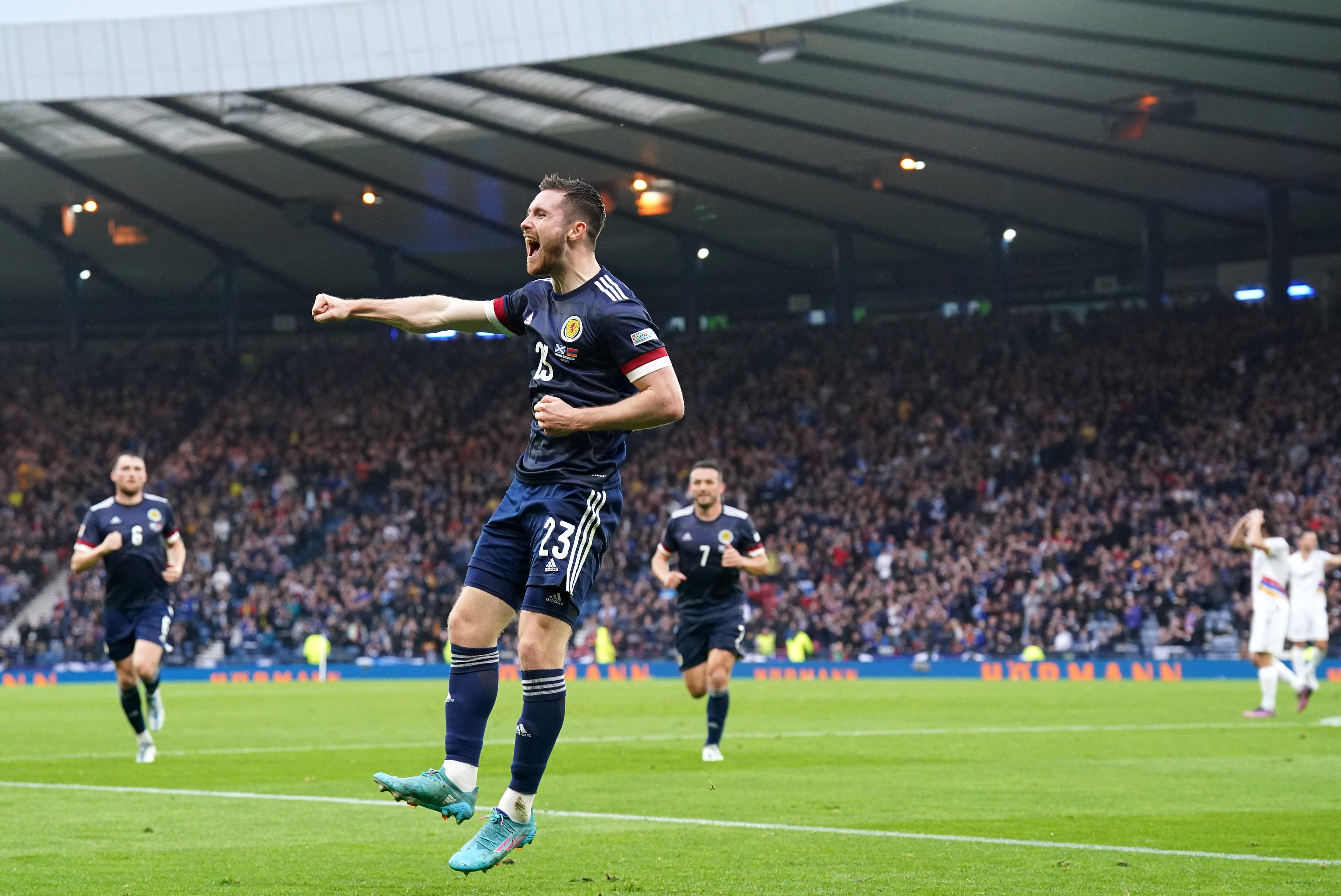 Anthony Ralston savoured a “dream” moment after marking his first start for Scotland with a goal in Wednesday’s 2-0 win over Armenia.

The 23-year-old Celtic full-back’s only previous outing for the national team came as an 88th-minute substitute in the 2-0 win over Denmark in November.

After being selected as a surprise starter ahead of the fit-again Nathan Patterson at right wing-back, Ralston headed Scotland’s first goal in what was a comfortable Nations League victory at Hampden.

He was especially proud that his big moment came in front of his family, including his two-year-old daughter.

“It’s a lot to take in,” he said. “First start, first goal, so it’s a very proud moment for myself, my wee girl, my family, everyone involved.

“It feels amazing. I’ve worked very hard to get my opportunity and I’m delighted I was able to help the team in a positive way.

“It’s every kid’s dream to play for their country. Scoring probably wasn’t on my agenda but now that I’ve done it, it’s an especially proud moment.

“My family were here. My wee girl will be able to watch my goal back when she’s older.”

Ralston’s big moment came at the end of a campaign in which he revived his Celtic career after seemingly having fallen out of the picture at Parkhead. He explained that he tried to maintain the same mindset for Scotland that has served him well at club level over the past year.

“I didn’t want to change anything about my game,” he said. “I just had to believe in myself going into the game, believe in the way the manager wanted to play and try to implement that as well as possible and give my all.

“I work hard in training, get myself right so that when the time comes and I get my opportunity to play, I just give my all. That’s what’s got me to this stage and I just need to keep going in the right direction, keep my head down and hopefully there are many more special moments like that in my career.”

Ralston has had to be patient for his chance with Scotland as he has been vying with the likes of Patterson, Stephen O’Donnell, Aaron Hickey and Calvin Ramsey for the right wing-back berth.

“It’s a squad filled with talent in all the positions,” he said. “It’s just about training and then when you get a chance to play, making sure you perform well. It’s healthy competition overall.”