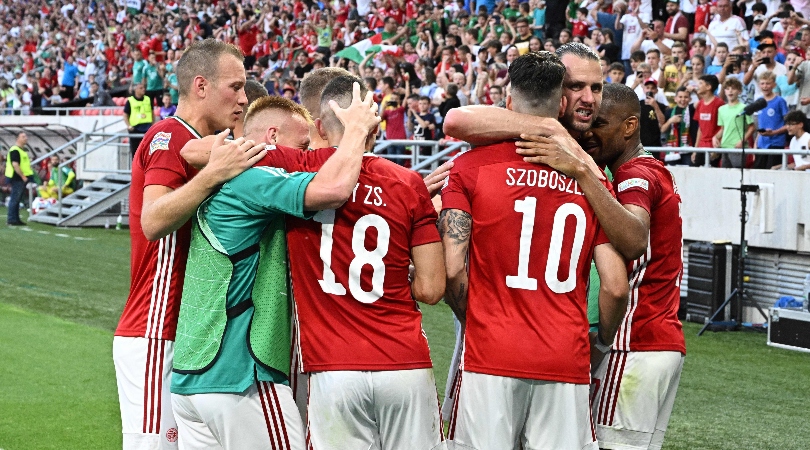 A second-half penalty scored by Dominik Szoboszlai sealed a 1-0 win for Hungary over England in the UEFA Nations League in Budapest on Saturday.

And after boos from the young fans present as England took the knee ahead of the match, the Three Lions started brightly.

However, the visitors soon faded after the opening 15 to 20 minutes and Hungary had the better chances in the first half overall.

After the break, Reece James was then penalised for a push on Adam Nagy and the referee was quick to award a penalty.

It looked harsh, but Szoboszlai stepped up to fire low into Jordan Pickford’s bottom-right corner to give Hungary the lead after 66 minutes.

And England were unable to hit back despite good possession late in the game, with Harry Kane firing into the side netting in the closing stages.

It was a somewhat tired performance by England and a first defeat (excluding penalty shootouts) for the Three Lions since November 2020.

The result also compromises their hopes in the Nations League, with games against Germany and Italy up next.

For Hungary, meanwhile, it is a historic first win over England since 1962.