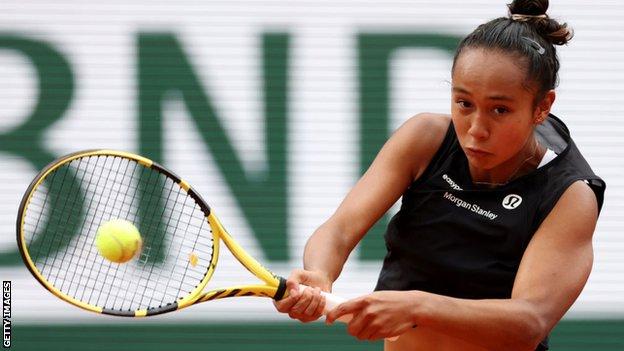 In the first match of the day on Court Philippe Chatrier, US Open finalist Fernandez saved two set points at 5-4 down in the opening set before breaking serve and then winning the subsequent tie-break.

Switzerland’s Olympic champion Bencic levelled the match but Fernandez fought back from 2-0 and 40-0 down to take the decider.

Fernandez, 19, was broken by Bencic when she served for the match at 5-4 but immediately broke her opponent again and closed it out at the second attempt.

She will next face 20-year-old American Amanda Anisimova, who progressed when an injured Karolina Muchova was forced to retire from their third-round match with the score 6-7 (7-9) 6-2 3-0.

The Czech Republic’s Muchova fell heavily on her right ankle at 2-2 in the second set and her discomfort was immediately clear, as she hid her face in a towel while receiving treatment during the changeover.

The 25-year-old had already had her thigh strapped in the opening set – which she won despite trailing 5-1 in the tie-break – and she needed additional heavy strapping on the injured ankle.

Her mobility was visibly restricted for the rest of the match and she was unable to win another game, eventually pulling out, in tears, at 3-0 down in the final set.

“It’s very tough and I feel really bad for her. She’s had a tough year with injuries,” said Anisimova, who in 2019 was the youngest American to reach the Roland Garros semi-finals since Jennifer Capriati in 1990.