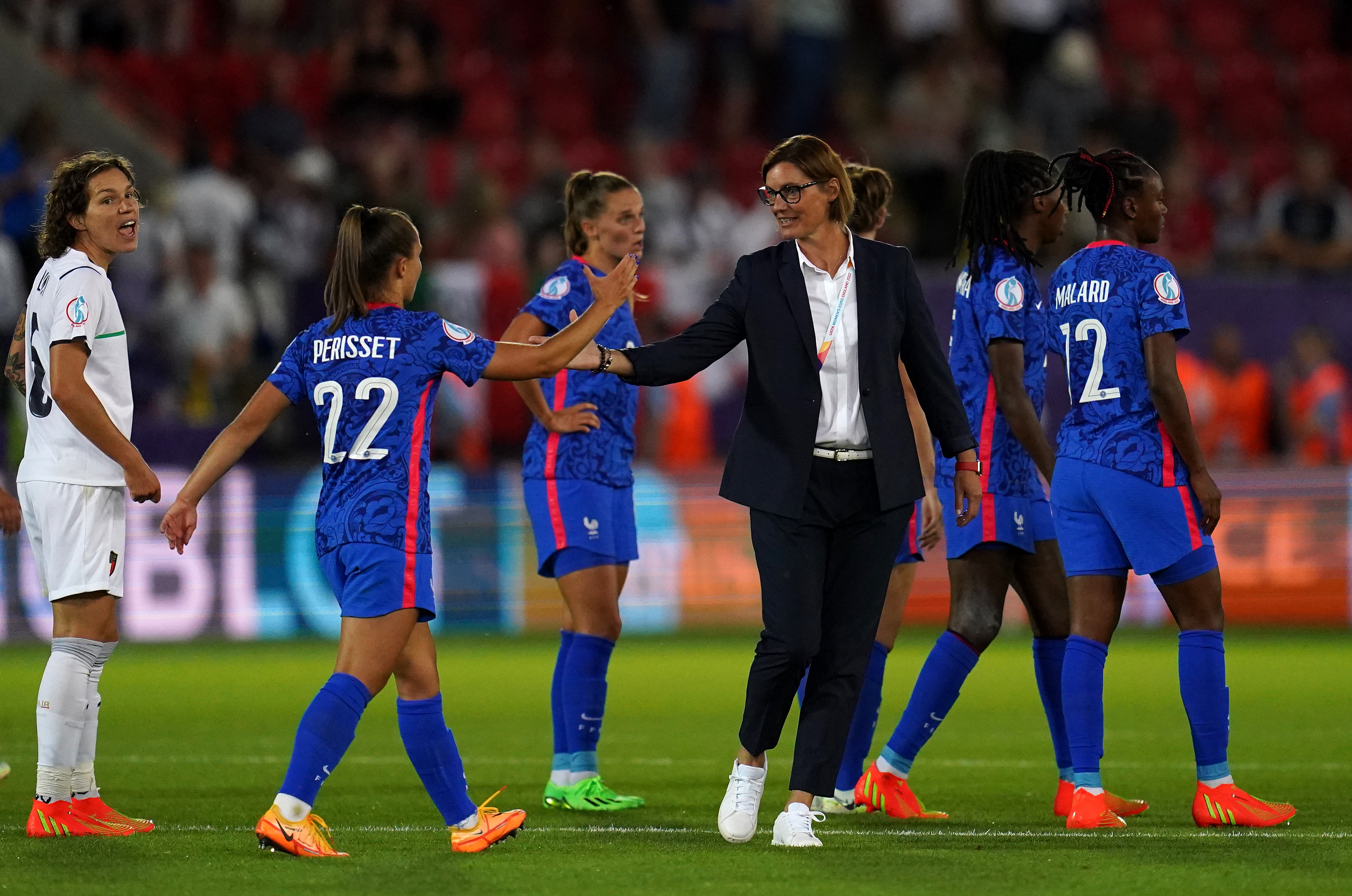 France head coach Corinne Diacre played down the significance of their 5-1 thumping of Italy in their Euro 2022 Group D opener, describing it as only “the first of six steps”.

France blew Italy away in a one-sided first half, opening the scoring in the ninth minute though Grace Geyoro’s close-range finish before Marie-Antoinette Katoto doubled the lead a matter of minutes later.

Three goals in eight minutes at the end of the half ended Italy’s faint hopes of a comeback, with Delphine Cascarino’s powerful effort from outside the area making it three before Geyoro wrapped up the first hat-trick of the tournament.

Italy at least salvaged some pride with their second-half performance as Martina Piemonte’s header earned them a consolation.

Despite the manner of the victory, Diacre was in no mood to get carried away.

She told a press conference: “It’s only the first game.

“This is only the first of six steps that we set out, so we will rest up and go again.

“We are staying focused, we have our heads down and it’s only the first game, we have five others. We want to be vigilant.

“We wanted to show what we were made of from the first game and hats off to my players, they were performing strongly from the off.”

Diacre admitted even she did not expect to five goals up by half-time.

“If someone said we would be winning 5-0 at half-time, I would say no, not against Italy,” she said. “We need to stay focused as we are just at the start of the journey.

Italy head coach Milena Bertolini said her side could take heart from their second-half showing.

She said: “I did not expect to be trailing 5-0 at the break.

“We prepared the game different to how it panned out, I think the miss from Barbara (Bonansea early in the first half) actually got our hopes up that we could compete on a even footing and we can’t do that against France.

“There are a number of positives to emerge from this evening. We’ll go again with the attitude the girls showed after the break, because it’s not easy to go into the second half 5-0 down, but we were in danger of having a big debacle.

“It’s a defeat that can teach us a lot of things and we can learn from this.”