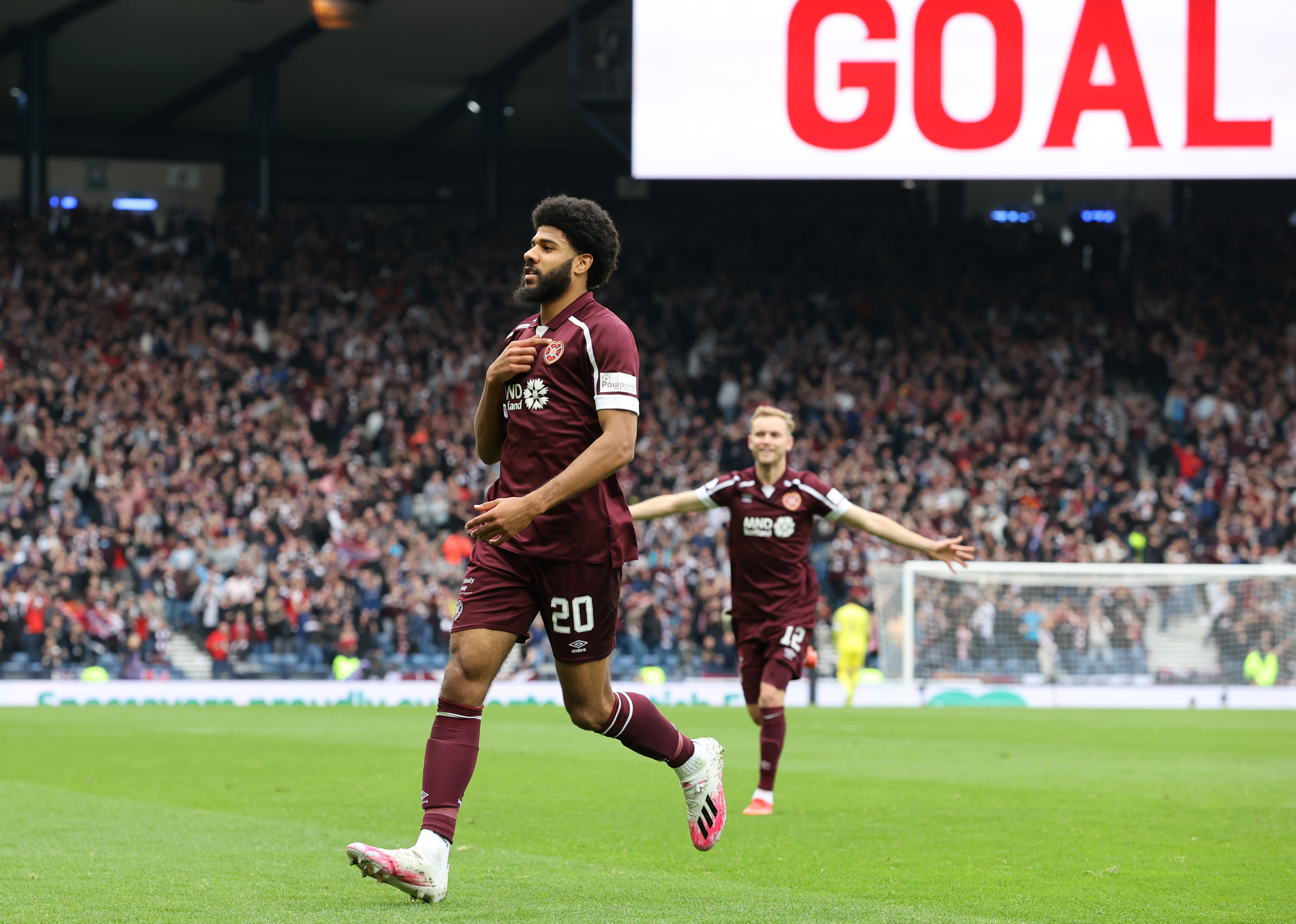 Hearts have beaten three top-flight rivals on their way to reaching the Scottish Cup final.

They have also overcome a tricky away tie which brought back unhappy recent memories.

Here the PA news agency tells the story of Hearts’ road to Hampden to take on Rangers.

Hearts faced a test of their character and progress in the fourth round after being paired with another of Scotland’s top non-league teams 12 months after their shock defeat by Brora Rangers. They came through it with flying colours in Ayrshire.

Liam Boyce scored a double and had two goals wrongly disallowed for offside while Andy Halliday, Peter Haring and Alex Cochrane were also on target.

Manager Robbie Neilson said: “We want to try and get as far as we can in this competition and I spoke to them before the game about how you have to get over different challenges.”

Obileye’s penalty is saved by Gordon…Hearts go through to the quarter finals!— Heart of Midlothian FC (@JamTarts) February 12, 2022

The Jambos could not find a way through their stubborn cinch Premiership rivals over 120 minutes at Tynecastle but Craig Gordon sealed a 4-3 shoot-out win when he saved from Ayo Obileye.

Neilson said: “If I was an opposition player stepping up and Craig Gordon was in goal I would have a squeaky bum, that’s for sure.”

🤔 Just how long did it take for @amceneff to make an impact last night?— Heart of Midlothian FC (@JamTarts) March 13, 2022

Aaron McEneff made his mark off the bench after the Buddies came back from two goals down in the quarter-finals. Beni Baningime and Peter Haring put Hearts in the driving seat but Eamonn Brophy netted before Connor Ronan struck one of the goals of the tournament.

Irish midfielder McEneff put the hosts back in front within seconds of coming off the bench and then sent up Ellis Simms for the fourth.

Neilson said: “It was an unbelievable strike from Ronan. I was standing behind it and was delighted that he hit it from that angle. But I ended up clapping it because it was a sensational goal. It took that to get them equal to us. But we then made the change and we dominated after that.”

The Jambos held off their 10-man city rivals after terrific strikes from Simms and Stephen Kingsley put them in command. Chris Cadden quickly pulled one back and Hibs pushed all the way despite Joe Newelll’s red card.

Neilson said: “It has been a good season. Today makes it a really good one. Can we make it a great one in the final?”