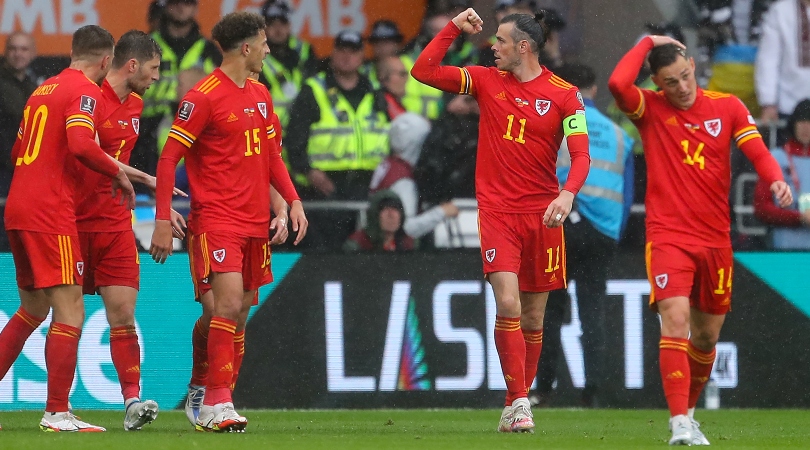 Gareth Bale was the inspiration as Wales broke Ukraine hearts and sealed World Cup qualification for the first time since 1958 after a 1-0 win in the teams’ play-off in Cardiff on Sunday.

Bale’s excellent first-half free-kick was headed into his own net by West Ham defender Andriy Yarmolenko after 34 minutes to send supporters wild at the Cardiff City Stadium.

It was a backs-to-the-wall performance for much of the second half, with Tottenham’s Ben Davies making a number of key blocks and Burnley goalkeeper Wayne Hennessey on hand with several vital saves.

Wales also hit the post in the second half through Brennan Johnson and Bale saw an angled effort well saved by Ukraine goalkeeper Georgiy Bushchan as the home side sought a clincher.

Bale then went off in the 83rd minute and watched nervously from the sidelines as the Wales fans willed on their team through five minutes of added time.

And there was huge noise as the final whistle went and Wales sealed qualification for only their second World Cup, having lost to a Pele goal and eventual winners Brazil in the 1958 competition.

Wales will feature in Group B at Qatar 2022 alongside England, Iran and USA.

For Ukraine, meanwhile, it was heartbreak for a nation enduring such a terrible time following Russia’s invasion in January.

Oleksandr Petrakov’s side fall agonisingly at the final hurdle, having impressively beaten Scotland 3-1 at Hampden Park in teams’ play-off semi-final on Wednesday night.