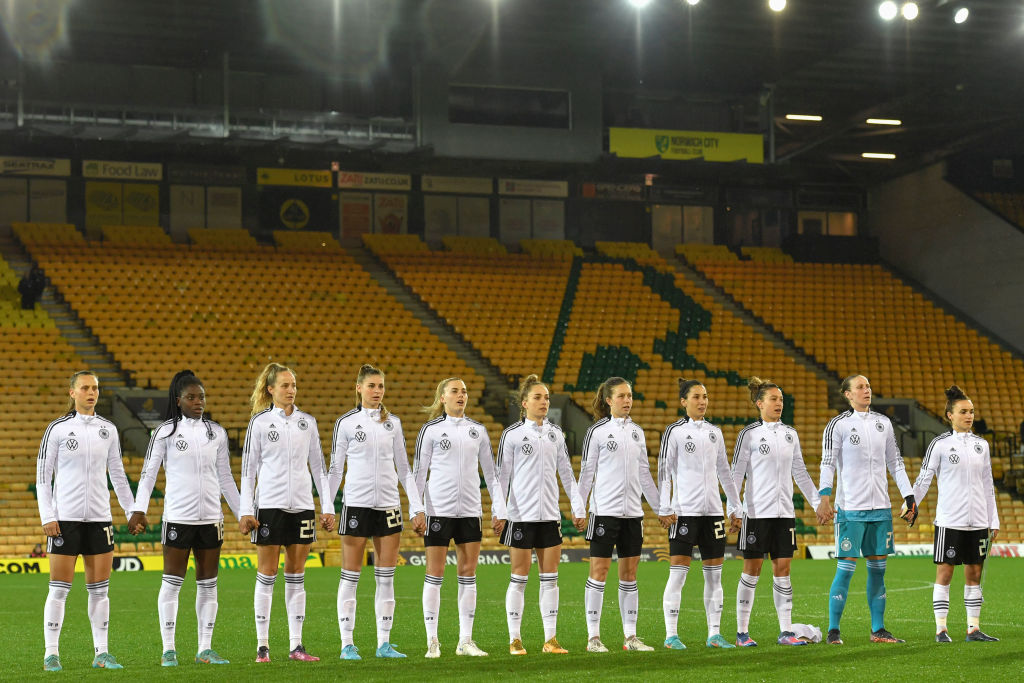 The final Germany Women’s Euro 2022 squad is yet to be revealed but manager Martina Voss-Tecklenburg announced a 28 player squad at the end of May. The final 23 player squad will be selected from these initial 28.

Historically, the Euros has been Germany’s competition with the club winning it a record eight times, including a run of six consecutive championships from 1995 to 2013. However, 2017 was their lowest ever finish when they failed to make the semi-finals.

There is likely to be a lot of exciting talent in the Germany Euro 2022 squad with plenty of young players coming through into the national team over the past couple of years. Going forward, the Bayern Munich trio of Lea Schüller, Klara Bühl, and Sydney Lohmann are all very highly rated whilst 19 year old Jule Brand has already signed a deal with Wolfsburg off the back of her mesmerising performances for Hoffenheim. Meanwhile Wolfsburg’s Tabea Waßmuth is currently the Champions League’s top scorer with nine goals in this season’s competition.

Germany will however be without Chelsea midfielder Melanie Leupolz at the tournament after she announced earlier this year that she was pregnant with her first child. Dzsenifer Marozsán will also be absent after she had surgery on her knee.

Alexandra Popp has been captain of Germany since February 2019. The Wolfsburg forward has scored 53 goals in 113 caps for Germany, and has twice been named Germany’s footballer of the year. She also completed a three year apprenticeship to be a zookeeper.

Lea Schüller, the 24 year old Bayern Munich striker, has established herself as one of the most well-rounded forwards in the women’s game. She is lethal when she gets a sight of goal and has scored 25 times in 38 appearances for her national team.

Martina Voss-Tecklenburg won the Euros four times in a row as a player for Germany. She first managed Germany at the 2019 World Cup, having previously been the Switzerland manager, where they were knocked out by Sweden at the quarter-final stage.