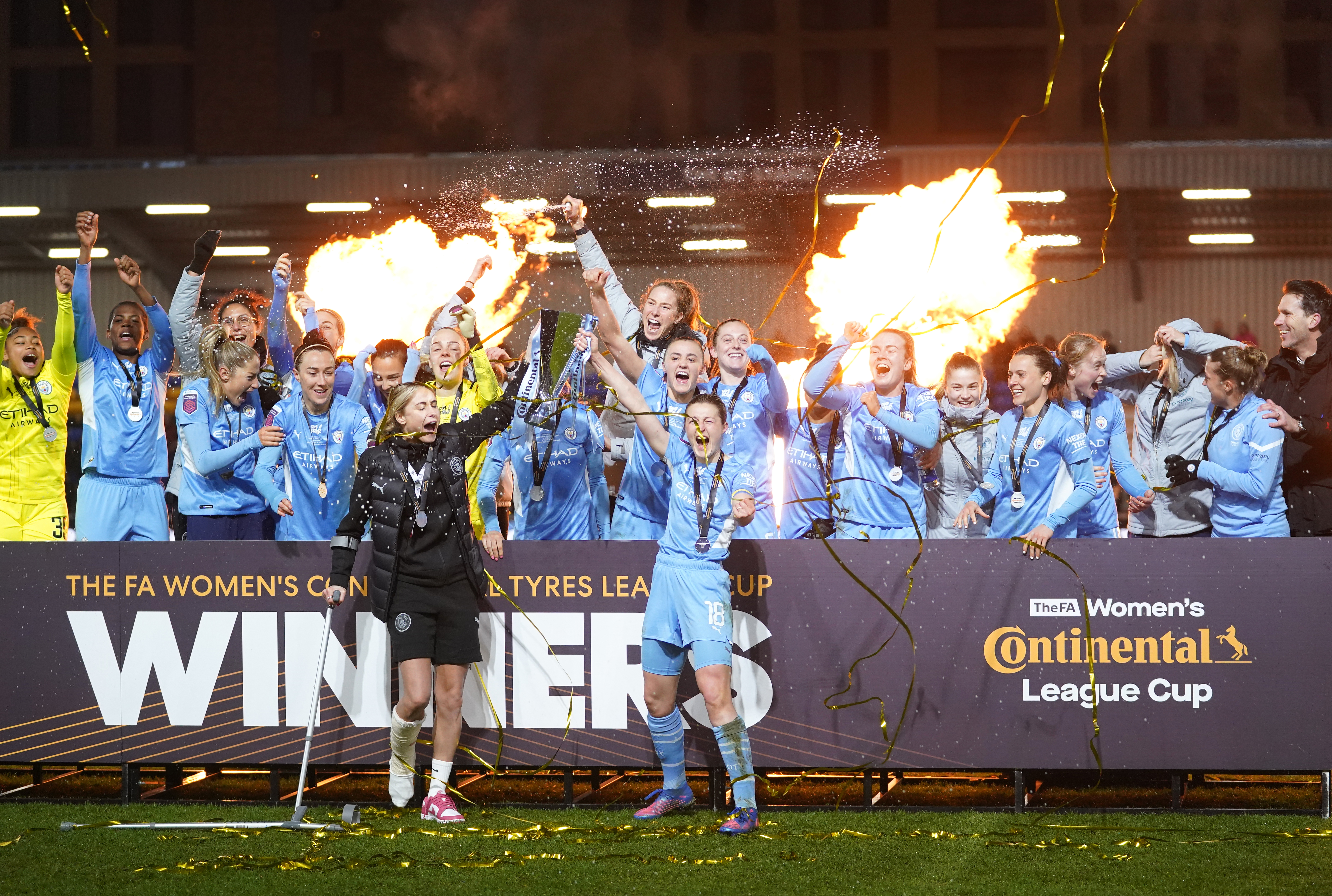 West Ham captain Gilly Flaherty believes “anything is possible” with the backing of the club’s fans as her side prepare to face Manchester City in the semi-finals of the Women’s FA Cup.

The Hammers are aiming to reach the final of an FA Cup for the second time in their professional history, and it was City who beat them 3-0 in the final at Wembley in 2019.

Both sides have recently played each other, in the WSL earlier this month, with City winning 2-0 through goals from Georgia Stanway and Khadija Shaw.

To reach the semi-finals, West Ham have so far beaten Sheffield United, Reading and won 1-0 against third-tier outfit Ipswich in the quarter-finals.

Flaherty told the club website: “The fans are going to be crucial for us out there on Saturday.

“When you hear them in the stands singing for us, it really motivates you as an individual player, but it also does so much for you as a team.

“There’s no denying that it’s going to be a tough occasion, and we’re really going to have to play well to get a result, but with the backing of our supporters on the day, I think anything is possible out there.”

Hammers boss Olli Harder will assess players returning from international duty but one confirmed absentee is Maisy Barker, who is out with a long-term injury.

Harder’s side face a challenge in a Manchester City side who are three-time FA Cup winners and last won the trophy in 2020 when they beat Everton 3-1.

However, City boss Gareth Taylor is hoping that his side can be inspired by last month’s Continental Cup triumph, where they beat Chelsea 3-1 in the final.

“Confidence and belief doesn’t last for long but you have to constantly look at revisiting those moments and try to feel how we felt,” he told the club website.

“Like in most semi-finals and finals you’ll have moments where you’ll suffer but we came through it the other side with real character and quality.

“Our job as staff is to reinforce that with the players, revisit what we’ve achieved and can do without being too overconfident to give us the best chance.”

Alex Greenwood, Alanna Kennedy and Chloe Kelly are all making good progress from their injuries, but the game could come too soon for Vicky Losada.