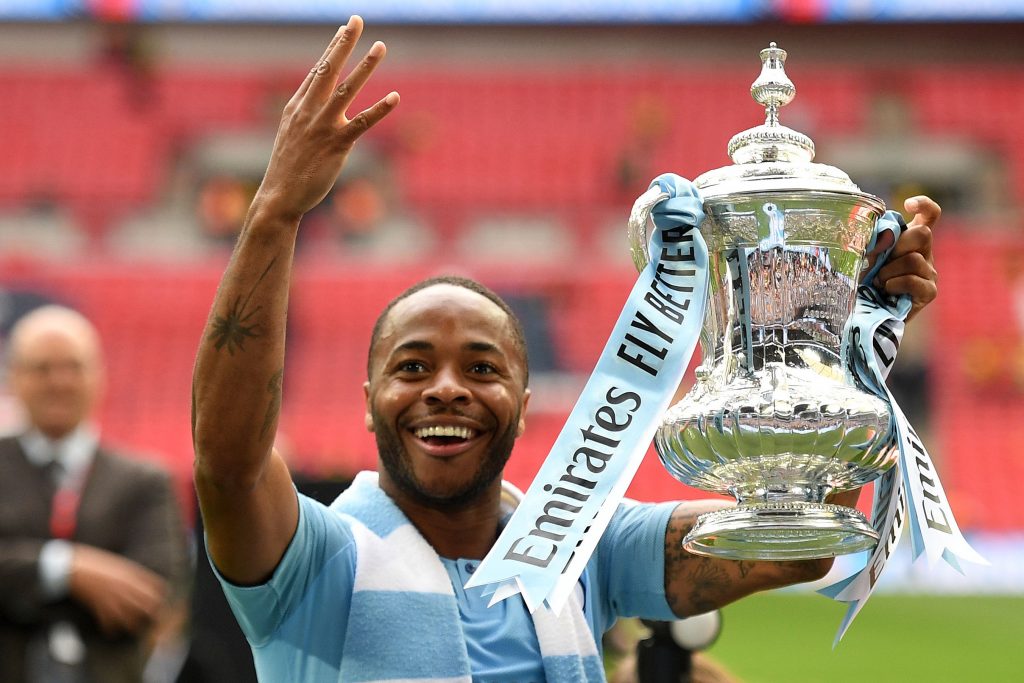 Raheem Sterling is on the brink of a move from Premier League champions Manchester City to Chelsea, and we’re taking a look at how he will fit under Thomas Tuchel at Chelsea.

In 320 Premier League appearances during spells at Liverpool and Manchester City, Sterling has bagged an impressive 109 goals and added 77 assists on his way to becoming one of the most elite wingers in Europe.

The 27-year-old has won four Premier League titles, five League Cups, and one FA Cup under Pep Guardiola’s reign at Manchester City to form an illustrious trophy cabinet for someone of his young age.

Since Guardiola’s arrival in Manchester in 2016, Sterling has tallied the most combined goals and assists at City – ahead of the likes of Sergio Aguero and Kevin De Bruyne despite the Spaniard’s aggressive weekly squad rotations.

Only three players have scored over 100 goals under Pep Guardiola – Lionel Messi (211), Aguero (124), and Sterling (120) – putting the England international amongst some of the best talents in history.

It looks like Sterling’s time in Manchester is up and a new era will begin for the Kingston, Jamaica-born player under Thomas Tuchel at West London side Chelsea.

Let’s take a look at three ways Sterling can make an impact at the six-time Premier League champions.

Sterling is one of the most successful players in the current Premier League era, and will add a new depth of experience and consistent, proven winning at the highest level year after year.

Across Sterling’s Manchester City career, 131 goals and 94 assists helped his side to a total of 12 major trophies which propped the Citizens up amongst the best footballing sides in history.

Despite winning the Champions League in 2021, Chelsea failed to build on a historic campaign in the 2021/22 season as Tuchel’s side finished third behind Man City and Liverpool who dominated the title race from start to finish.

Sterling will add a fresh, new mentality to the Blues and allow them to regain the confidence to get back to where they belong and bring trophies back home to Stamford Bridge.

Chelsea’s majorly disappointing 21/22 campaign which included two cup final defeats to Liverpool was in large part down to their lack of decisiveness and quality in front of goal.

The Blues played without a clinical frontman for the majority of the season, with Romelu Lukaku’s £100m move from Inter Milan ending in disaster after complications with Tuchel and not being able to find the form shown in Italy.

Lukaku started just 16 league games for Chelsea, scoring eight goals and missing a total of three big chances with a scoring frequency of one goal per 199 minutes played.

Timo Werner is still yet to find his feet in the English game and scored only four Premier League goals in 21 appearances, in an even worse scoring frequency of one goal per 322 minutes played and letting five big chances go to waste.

Tuchel resorted to playing Kai Havertz as a false nine which wasn’t a complete failure, but eight goals and three assists is simply not enough for a lone striker on a team looking to contend for the league title.

The likes of Hakim Ziyech and Christian Pulisic were also unable to make winning impacts for Chelsea which has forced the London club into exploring the transfer market this summer and bolstering their attack.

Sterling’s aim at Chelsea is simple – to score goals, provide for his teammates, and make a significant impact on a winning level to fire the Blues back to where they should be alongside Manchester City and Liverpool each fighting for the Premier League crown.

Sterling has been one of his country’s most consistent performers since his England debut in 2012, scoring 19 goals in 77 appearances for the Three Lions.

The 27-year-old will join England teammates Mason Mount, Reece James, Ben Chilwell, and Conor Gallagher at Chelsea in a new wave of what is supposed to be the country’s new ‘Golden Generation’.

After making the final of Euro 2020 and narrowly losing out on penalties to Italy, the English connection was stronger than ever amongst both the players and fans – at a rate we haven’t seen in England for a long time.

Sterling is the oldest of this group of Chelsea’s Lions, and will act as a leader to guide his teammates forward and promote a new era in West London under owner Todd Bohely which is destined to bring success to the club.