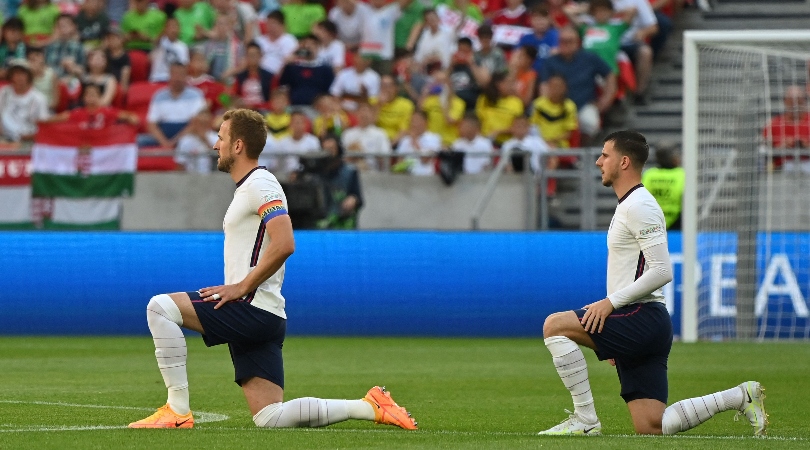 Hungarian schoolchildren have booed England players for taking the knee ahead of their team’s UEFA Nations League clash against the Three Lions in Budapest on Saturday.

The match was due to be played behind closed doors as the Hungarian FA was hit with a five-match ban for racist incidents, but they have taken advantage of a loophole which means under-14s can attend.

Up to 36,000 were therefore allowed in at the Puskas Arena, with one adult per 10 children also permitted in the stands.

And before kick-off, there were audible boos from thousands of the supporters present in Budapest.

Channel 4 commented on the boos during their coverage at half-time and said they had asked UEFA for a reaction, but revealed that the European football body had refused to comment.

“We’ve shown how we feel about these issues, in terms of racism and it’s unacceptability,” England manager Gareth Southgate said in the build-up to the game.

“Hopefully the young people in the stadium will recognise why this opportunity has happened and in some ways maybe this will be part of the education for the next generation.”

England will also allow young fans to attend their game against Italy at Molineux on June 11, which was due to be played behind closed doors following the unrest at the Euro 2020 final at Wembley last summer.