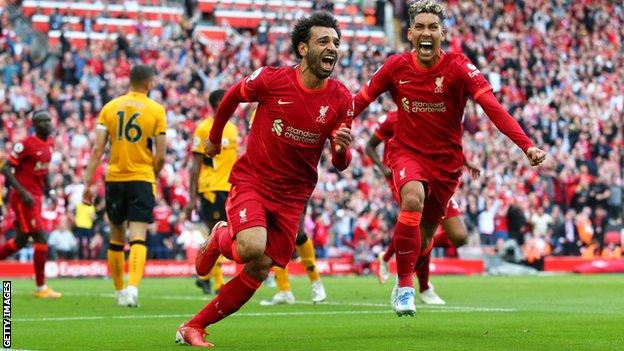 Mohamed Salah says he is staying at Liverpool next season “for sure” but would not be drawn on whether he would sign a new contract.

The Egypt forward’s current deal runs out in June 2023, leading to speculation he could leave.

Speaking about his contract before Saturday’s Champions League final, he said: “I don’t want to talk about that.

“I just want to see Hendo [captain Jordan Henderson] with the trophy and hopefully he will then give it to me!”

He added: “I am staying next season for sure.

“I’m very motivated, motivated through the roof, after what happened last time and Sunday, everyone is motivated for this.

“We fight for this and everyone is excited.”