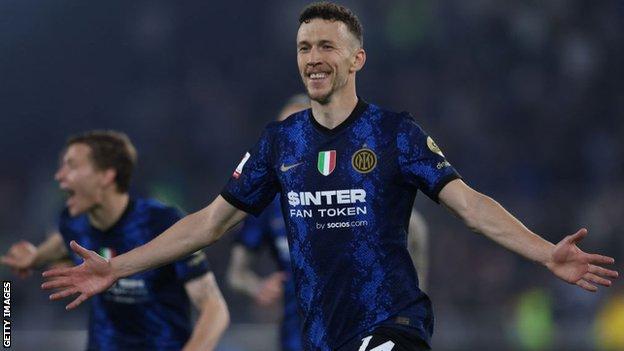 Inter Milan winger Ivan Perisic is set to have a medical at Tottenham Hotspur on Monday and is expected to join the Premier League club on a two-year deal.

The 33-year-old’s contract with Inter expires at the end of June.

Croatia international Perisic worked with Spurs boss Antonio Conte when the latter guided Inter to the Serie A title in the 2020-21 campaign.

Perisic played 49 times and scored 10 goals this season in all competitions as Inter won the Coppa Italia.

He looks set to be Tottenham’s second free transfer of the summer, with Southampton goalkeeper Fraser Forster also expected to join the north London club.