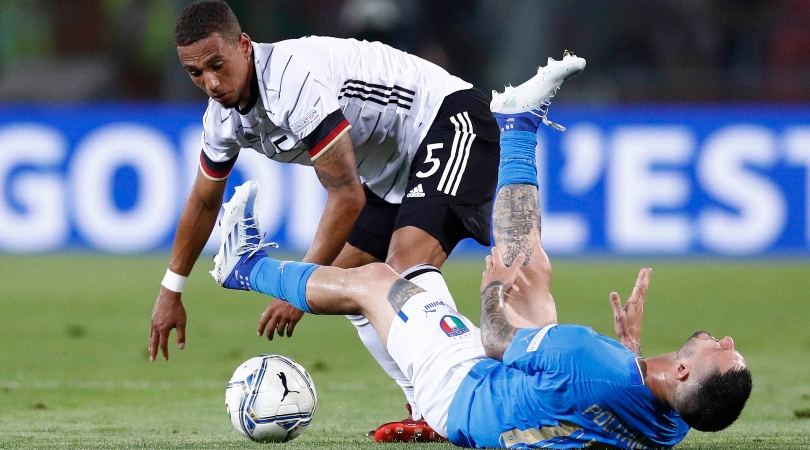 Italy and Germany shared the spoils in a hard-fought 1-1 draw in their UEFA Nations League opener in Bologna on Saturday night.

Earlier in the evening, England lost 1-0 away to Hungary in Group A3 and there was little to choose between Italy and Germany in the sector’s second match at the Stadio Renato Dell’Ara.

After a goalless first half, Lorenzo Pellegrini gave Italy the lead with 20 minutes left, when he tapped in following an excellent run and cross from 18-year-old substitute Wilfried Gnonto.

But Germany were soon back in it as Joshua Kimmich fired home the loose ball after Jonas Hofman’s cross was deflected into his path.

The result sees Germany remain unbeaten in nine games under new coach Hansi Flick and is also a positive step for Italy and boss Roberto Mancini after their recent failure to qualify for this year’s World Cup.

It also leaves England last in Group A3, with Gareth Southgate’s side up against Germany in Munich on Tuesday and Italy at Molineux next week.