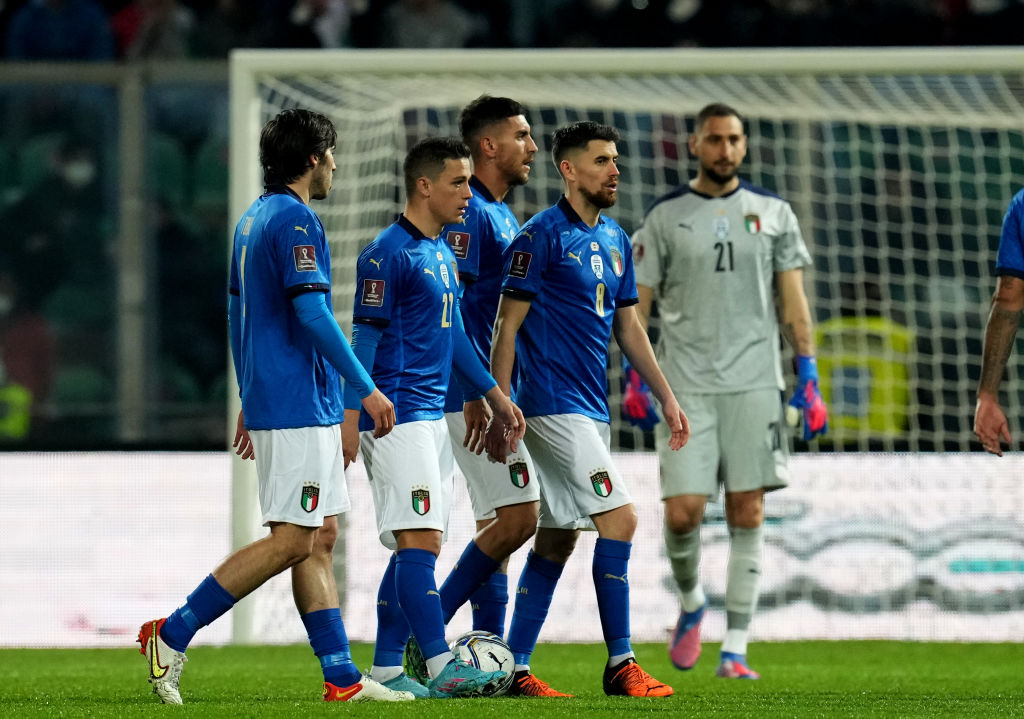 Looking for an Italy v Germany live stream? We’ve got you covered with our handy guide.

Italy need to press the reset button when their Nations League campaign kicks off against Germany on Saturday, following a heavy ‘Finalissima’ defeat to Argentina.

The European champions have had a torrid time since the turn of the year, suffering a humiliating World Cup play-off defeat to North Macedonia before their 3-0 humbling at Wembley on Wednesday.

Roberto Mancini’s side have now won just once in their last five games, and look a far cry from the side that impressively triumphed at Euro 2020 a year ago.

Bologna hosts the opening game of their Nations League campaign and it’s a tricky one, with in-form Germany coming to town.

Hansi Flick’s side are on a nine-match unbeaten run, stretching back to their last-16 Euros exit to England last June.

That included an eight-game winning streak in which they scored 33 goals and conceded only two, before they were held to a 1-1 draw by the Netherlands in March.

Mancini described the “Finalissima” defeat as the “end of an era”, with the match also marking veteran Giorgio Chiellini’s final appearance.

A batch of youngsters is now expected to be given more opportunities in the blue shirt for the Nations League campaign, which will see them also face England and Hungary in Group A3.

Flick’s side will be looking to keep their good run going with an eye on the World Cup, which is now just five months away.

Both sides face four games over the next 10 days, with the schedule being compressed due to Qatar 2022’s November start.

Kick-off is at 7.45pm BST on Saturday 4 June, and the game is being broadcast live by Premier Sports 1. See below for international broadcast options.