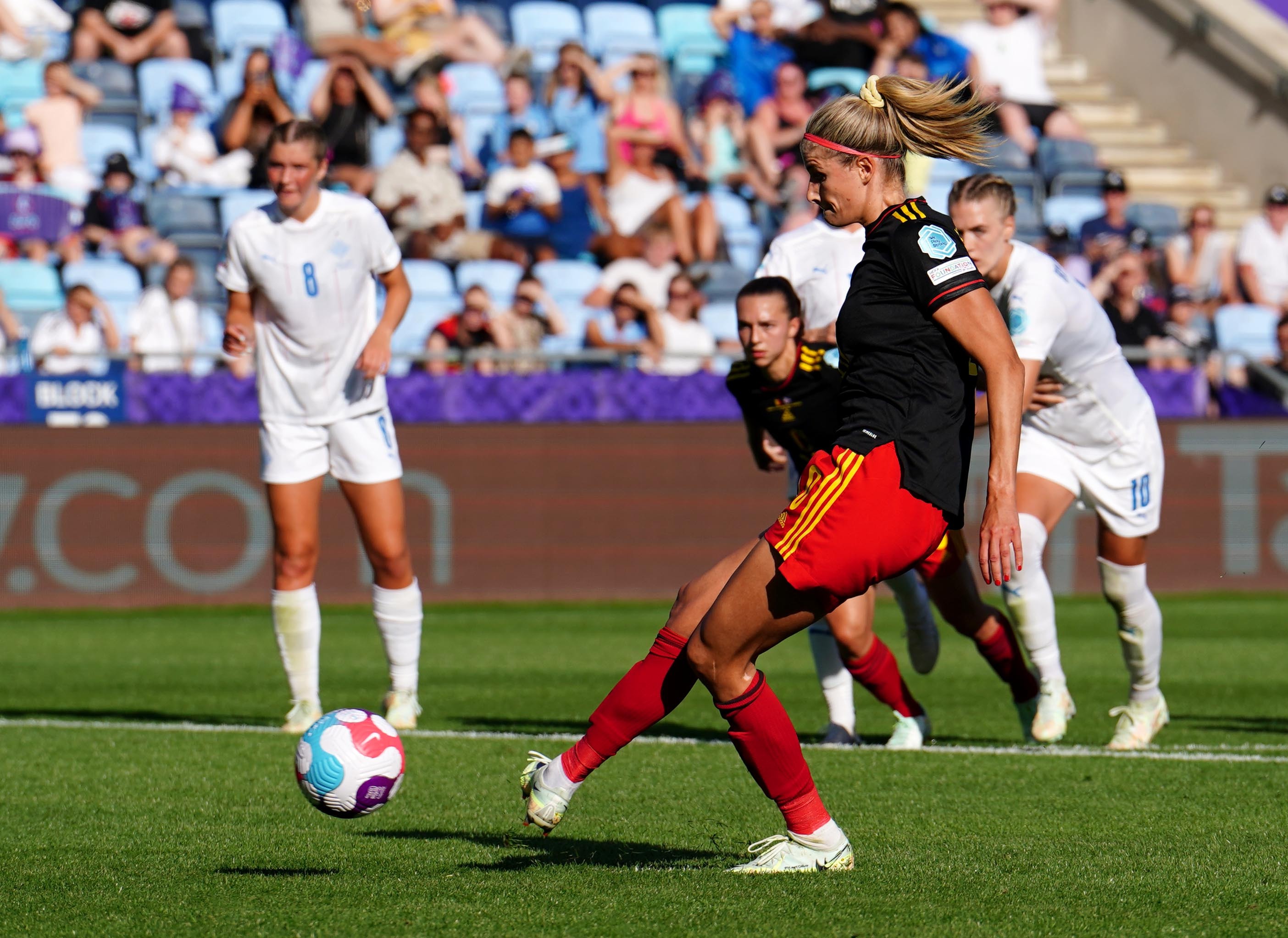 Belgium and Iceland were forced to share the spoils in the opening game of Group D at Euro 2022 as they drew 1-1.

Berglind Thorvaldsdottir made up for her missed penalty in the first half by firing Iceland into the lead five minutes after the break, but Justine Vanhaevermaet equalised from the spot for Belgium.

The draw was played out in front of a crowd of 3,859 at the City Academy Stadium and there had been calls to stage the clash at the neighbouring Etihad Stadium to allow for a larger audience.

Iceland began to threaten early in the game when Dagny Brynjarsdottir’s header glanced wide and moments later Thorvaldsdottir played a tidy through ball to Sveindis Jane Jonsdottir, but Jody Vangheluwe defended well to clear the danger.

They were awarded a penalty on the half-hour mark after a VAR check ruled that there was a handball in the box. Thorvaldsdottir stepped up to the spot but her penalty was comfortably saved by goalkeeper Nicky Evrard with a low dive to the left.

Belgium had a chance just before the end of the first half stemming from a good move down the right but Elena Dhont shot wide and Iceland responded with a curling effort from Glodis Perla Viggosdottir that went over the bar.

Iceland were straight out of the blocks one minute into the second half when Jonsdottir made a brilliant run from inside her own half down the left before cutting in and taking a shot but Evrard saved.

They eventually got their reward in the 50th minute when Karolina Lea Vilhjalmsdottir picked out Thorvaldsdottir at the far post and she fired a powerful header past Evrard for Iceland to take the lead.

After growing into the game, Belgium were awarded a penalty of their own after Dhont was fouled in the box and Vanhaevermaet made no mistake from the spot, sending Sandra Sigurdardottir the wrong way to equalise in the 65th minute.

Brynjarsdottir nearly put Iceland back in the lead in the 70th minute with a dipping header from a corner, but Evrard did well to tip it over the bar.

Tessa Wullaert tried to produce a moment of magic 12 minutes from time with a dangerous shot across goal but Sigurdardottir made a great save to deny the Belgian captain.

Iceland came close to a winner two minutes from time but a powerful effort from Vilhjalmsdottir went just wide of the post.