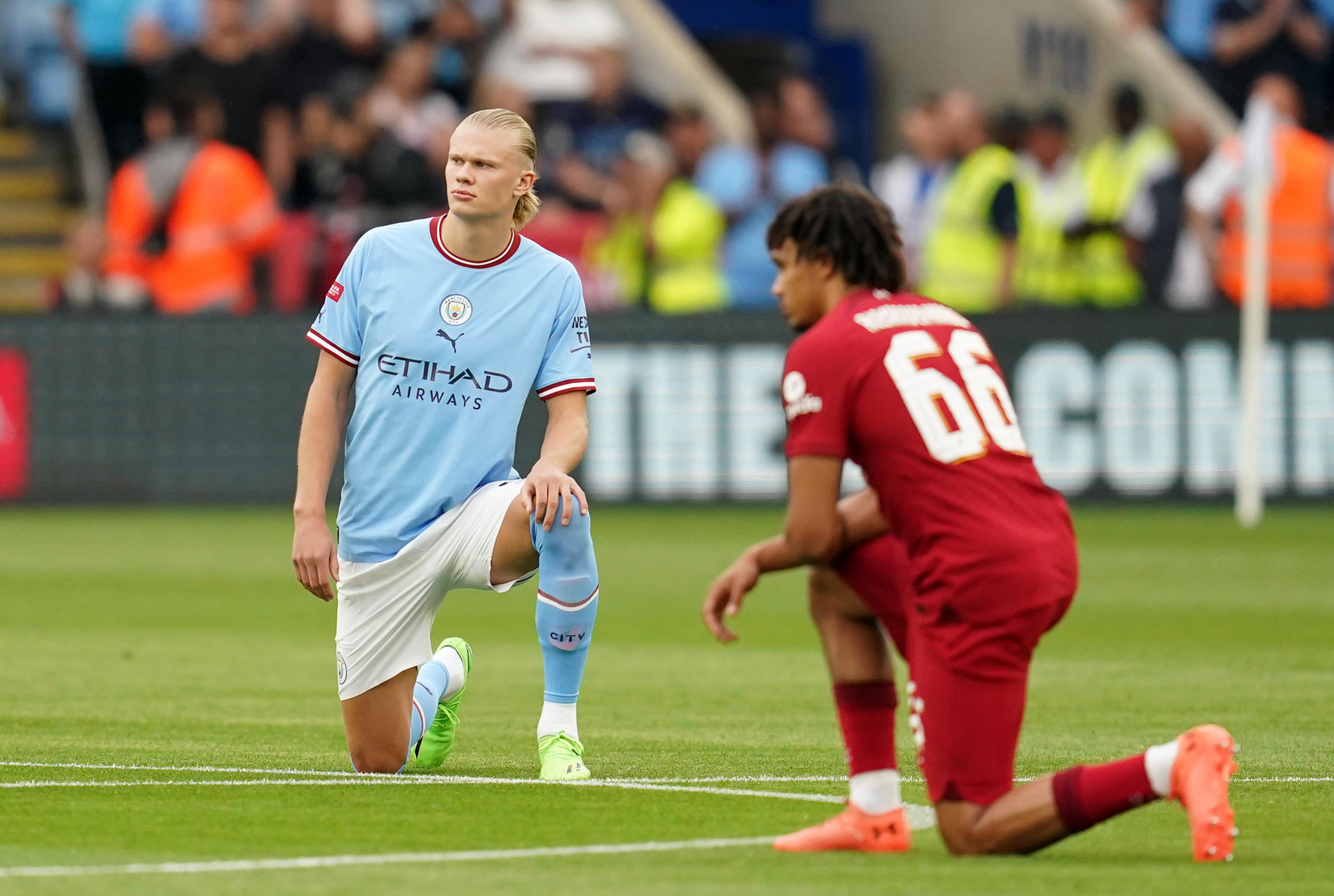 Kick It Out chief executive Tony Burnett has backed the decision of Premier League players to stop taking the knee ahead of every match, but he wants the conversation around racism to continue.

Premier League captains decided that the gesture, which started in June 2020 in solidarity with the Black Lives Matter movement, will now be used only on specific occasions.

Burnett supports the move as long as the problem of racism is kept on the agenda.

Ahead of the new season, #PL club captains have reaffirmed their commitment to fighting racism and all forms of discrimination.— Premier League (@premierleague) August 3, 2022

“We support the players in whatever they decide, but we want to make sure that going forward, irrespective of taking the knee, that we are still talking about racism, we are talking about reasons why players had to take the knee, because those issues haven’t gone away,” he told the PA news agency.

“Whenever they choose to use their voice to speak out against injustice it is a positive message and we continue to support it, but more broadly we want to make sure that we keep racism on the agenda because it has not gone away and it is not going away.

“Players have done a fantastic job in trying to highlight that over the last couple of years and we have to keep that momentum up when it comes to tackling the issue.”

Burnett says racism in football remains rife and that it is a reflection of a wider problem in society.

“The discussion is about broader society. football is a reflection of society and I think we are in a really dangerous position when it comes to racism in society,” he added.

“It is probably at its most dangerous time in my living memory and we need to do a huge amount of work to progress it. One of the first things we want to see is a broader awareness and more real education about history, and especially black history, in schools.

“That is the discussion that the government just don’t want to have. So no, I don’t think there is enough being done from a society perspective and football is a reflection of society.”

Premier League captains agreed to perform the act ahead of this weekend’s opening round of games, dedicated ‘No Room For Racism’ matches in October and March, on Boxing Day, the final round of the season and the FA Cup and Carabao Cup finals.

Our statement on the news that Premier League players are to stop taking the knee before every match 👇🏽— Kick It Out (@kickitout) August 3, 2022

They said in a joint statement: “We have decided to select significant moments to take the knee during the season to highlight our unity against all forms of racism and in so doing we continue to show solidarity for a common cause.

“We remain resolutely committed to eradicate racial prejudice, and to bring about an inclusive society with respect and equal opportunities for all.”

A total of £238,000 will also be donated to designated youth clubs on behalf of the captains following money raised from the ‘No Room For Racism’ sleeve badges sold on club shirts last season, with the Premier League matching the £119,000 generated.

The Professional Footballers’ Association says its members did not want the gesture to become routine.

“We’ve always been clear that choosing whether to take the knee should be a personal decision for each individual,” chief executive Maheta Molango said.

“We’ve spoken to players about this and what we’ve heard is that they want to find a balance.

“They don’t want the gesture of taking the knee to become routine, so that it potentially loses its impact. However, they are also committed to using their platform and their voice to continue to bring attention to what remains an extremely important issue, not just in England but around the world.”

Bristol City and Swansea both announced on the eve of the EFL season that they would no longer take the knee as they felt the act had been diluted.

The EFL continues to support any player who takes the knee before the game, but also backs those who have chosen not to and will fight discrimination in other ways.