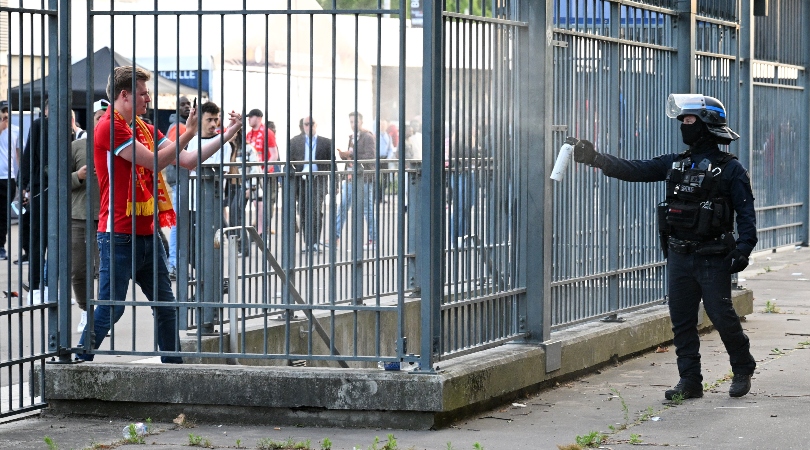 Liverpool fans were hit with pepper spray by French police in chaotic scenes ahead of the Champions League final against Real Madrid in Paris.

Kick-off at the Stade de France was delayed for 15 minutes initially and then for a further 15 as long lines of fans were still waiting to get into the stadium.

And images posted on social media showed the police using pepper spray against fans, even though many had tickets and were also behind metal bars.

A number of journalists have also tweeted about the use of pepper spray after being caught up in the chaos.

“Just taking my seat back in the press box having witnessed hundreds of Liverpool fans being treated appallingly outside the Stade de France,” The Telegraph’s Jason Burt wrote on Twitter.

“Was caught in the pepper spray. Eyes and mouth still stinging.”

And Daily Mail journalist Dominic King wrote: “Let this be said now with absolutely clarity: there is no blame to be put on fans here, none whatsoever.

“French police have used pepper spray for no reason – and I know this because I’ve felt the effects with some colleagues. How these people are being treated is a disgrace.”