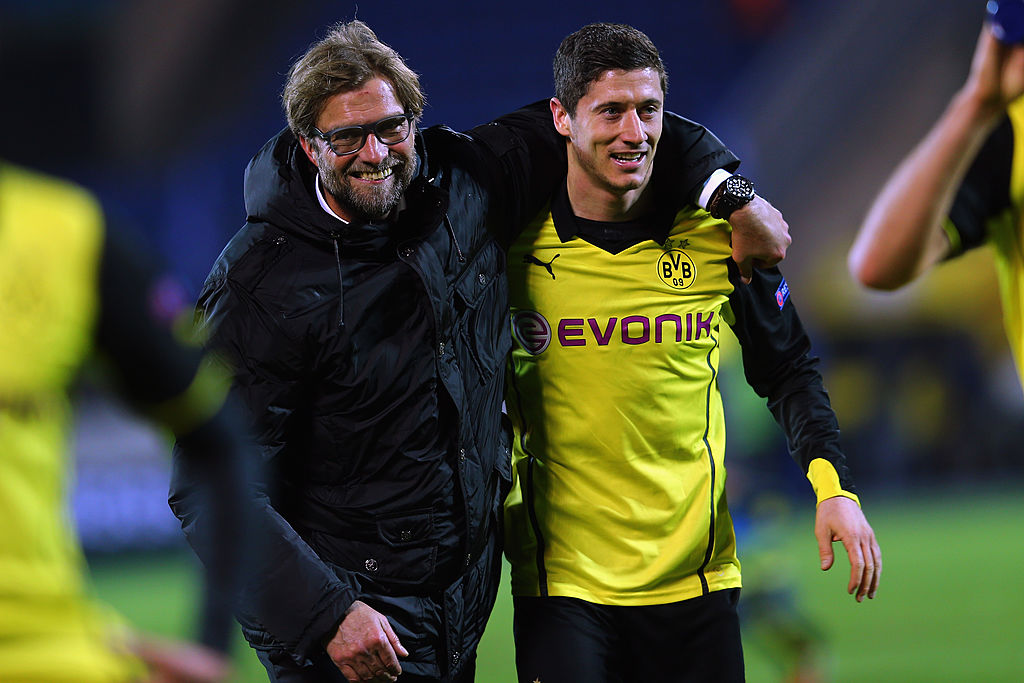 Liverpool look like missing out on signing Robert Lewandowski from Bayern Munich this summer.

It’s thought that the prolific Pole has decided that he would like a new challenge after his phenomenal stint in Bavaria and Liverpool have long been linked with him, thanks to his relationship with Jurgen Klopp.

Lewandowski first thrived in the Bundesliga under the current Reds boss’s tutelage and it’s been touted in the past that the No.9 could go to Merseyside, should a Premier League move ever be on the cards.

In the striker’s native Poland, however, publication TVP Sport have reported that the current top scorer in Europe’s top five leagues has agreed to move to Barcelona this summer. While Liverpool are particularly stacked in attack, fans who held out hope that Lewandowski could one day join will be disappointed to see him heading to a European giant that have snatched so many stars directly from Anfield.

Lewandowski has already played Barcelona twice this season, in the group stage of the Champions League – but would be joining a much-improved side since Xavi’s introduction as manager midseason. The Pole would also be linking up with former teammate Pierre-Emerick Aubameyang from Dortmund, following the Gabon goal-getter’s free transfer from Arsenal in January.

Aged 33, this would likely be a short-term move for all parties, with Bayern looking to replace their talisman with a much younger model. The German champions could well spend big this summer too, following their dramatic shock exit from the Champions League last-eight to Unai Emery’s Villarreal.

Lewandowski is valued at £45m by Transfermarkt.

Transfer rumours about incomings at Anfield are going into overdrive ahead of the summer. One Barcelona wonderkid has turned down a contract, ahead of a sensational potential Reds move, Arsenal star Gabriel Martinelli has been linked with Anfield and one youngster dubbed “better than Erling Haaland” could arrive.

The longer sagas are ticking over too. Liverpool are still likely to land Fulham starlet Fabio Carvalho, while one report suggested that Kylian Mbappe could still be set for Anfield, after ‘radically changing his mind’ over Real Madrid.

Recently, Trent Alexander-Arnold has been talking about Liverpool needing Manchester City to slip up sooner rather than later.