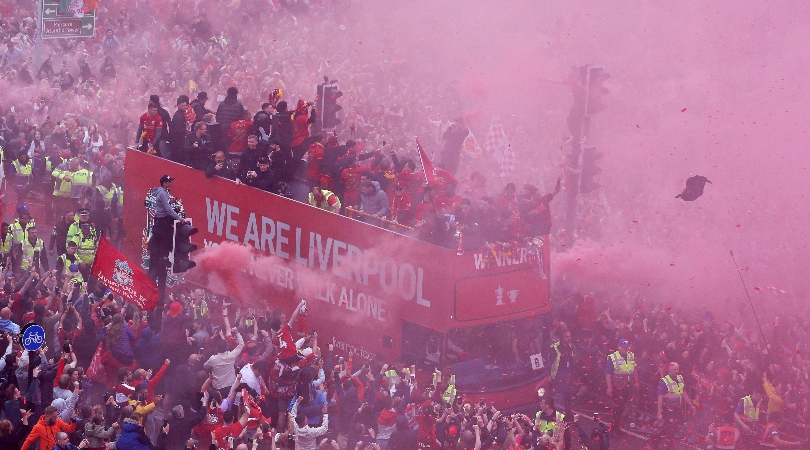 Liverpool have thanked fans for their ‘incredible support’ after thousands turned out for the team’s trophy parade in the city on Sunday.

The Reds missed out on the Premier League by a single point to Manchester City last weekend and then lost narrowly to Real Madrid in the Champions League final on Saturday night, but went ahead with the parade after winning the FA Cup and Carabao Cup this season.

“Moments to cherish. Thank you for your incredible support,” the club wrote on their official Twitter account alongside a video showing some spectacular scenes from the parade.

Moments to cherish. Thank you for your incredible support ❤️ pic.twitter.com/eEzTfty9rFMay 29, 2022

Another tweet featured a short interview with Jurgen Klopp as he looked down on the masses of fans.

“At no other club in the world would you see this,” he said. “You lose a Champions League final one day and the next day you see all these people arriving.

“It’s absolutely amazing. The best club in the world.”

“Speechless,” he wrote. “What a club. What a city.” And in the second, he added: “Liverpool FC. This means more. Thank you.”

Defender Virgil van Dijk also took to Twitter and replied to Liverpool’s tweet on the celebrations. “Love my club,” he wrote.