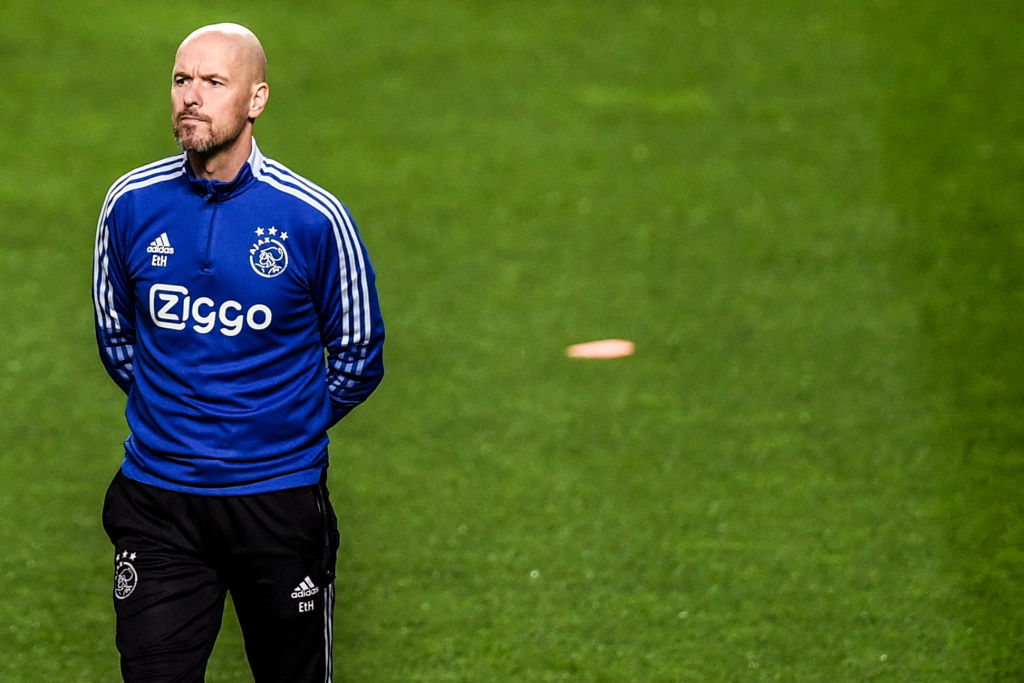 Manchester United bound Erik ten Hag may love Ryan Gravenberch as a player now – but originally, he told the player he wasn’t ready for first-team football upon promotion from the youth set-up, “insisting” on him improving his defensive side.

That’s according to the wonderkid himself, who’s been talking to FourFourTwo exclusively about what it’s like to play for Ten Hag. Gravenberch has come through the famed Ajax academy and has been brought through the team by the 52-year-old who departs for Old Trafford this summer after five years in Amsterdam.

“When I was 15 I played in the U18s and at the end of that season I was invited for a training session with the first team,” Gravenberch explains. “Justin Kluivert was there, who I knew from the academy, and he made me feel at ease. Hakim Ziyech did too.

“That session went well – it was a high level, but I showed that I could compete. After that, I signed my first professional deal and joined the first team on a pre-season training camp.

“I was quite rushed. I hadn’t played any games in the reserves, but I wanted to feature for the first team and was sure I was ready for it. But when I spoke to the manager, Erik ten Hag, he told me I had to improve in a number of areas, and that I wasn’t 100 per cent ready.”

The insight into the new Red Devils coach is fascinating, given that Ten Hag has the reputation for being a stickler for details. While Gravenberch became a lieutenant in the centre for Ajax, he now says he had to adapt to learn to play Ten Hag’s style.

Ajax often favoured a 4-2-3-1 under the Dutchman, despite a long history of playing with a 4-3-3, stemming from the days of Johan Cruyff.

“In the academy, we usually played with one defensive midfielder, whereas Ten Hag used a No.10 and two players in a No.6 six role just behind – so I had to get used to that setup,” Gravenberch says. “The attacking side of my game went down well, but I had to improve the defensive part.

“He insisted on it, that I had to become more reliable. I also required work on my movement and tackles.”