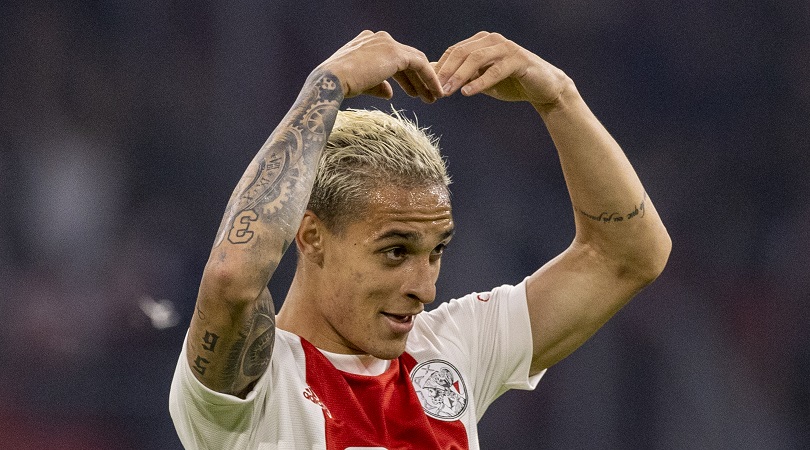 Manchester United have had a bid rejected for Ajax winger Antony, say reports, with the Dutch club demanding £17 million more than what they were offered.

The Brazilian is one of several former Erik ten Hag charges to be linked with an Old Trafford move this summer, along with the likes of Frenkie de Jong and Lisandro Martinez.

However, that was turned down as Ajax have set an asking price of €80m (£68m) for the forward.

Antony’s agent has been in Europe since the end of the season to try and help see through a move, but the Amsterdam club are determined to keep him for another year.

The will of the player could make a difference, though, as he’s said to want to join United, and his representatives are trying to convince Ajax to lower their demands.

Antony, who scored eight league goals for Ten Hag’s side last season as they won the Eredivisie title, has a contract until 2025 in the Dutch capital and is valued at €35m (£30m) by Transfermarkt.

It has been an eventful week so far for United in the transfer market.

Cristiano Ronaldo made a stunning request to be allowed to leave if a Champions League club makes an offer for him, although United are determined not to sell. (opens in new tab)

The Manchester club finally made their first summer signing by bringing in Feyenoord left-back Tyrell Malacia (opens in new tab), but their pursuit of De Jong took a blow when Barcelona’s president said they don’t want to sell the midfielder. (opens in new tab)