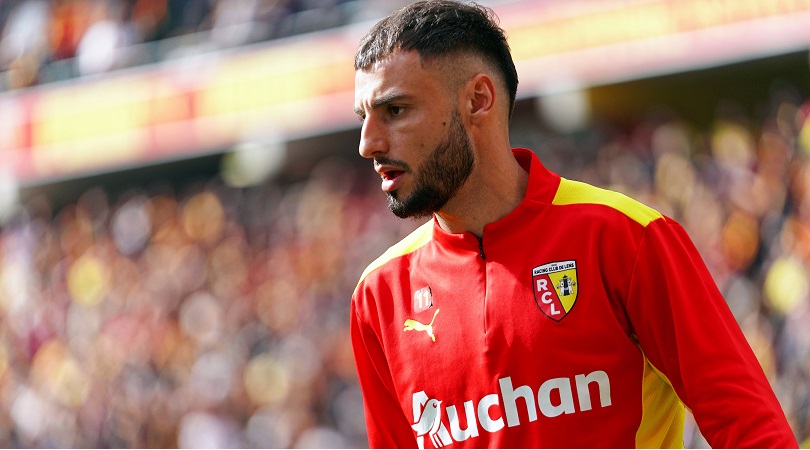 Manchester United and Chelsea could go head-to-head for the signature of Jonathan Clauss, according to reports.

The Lens wing-back is being linked with a move away from the Estadio Bollaert-Delelis after an impressive season last time out.

Clauss, who can play as a conventional right-back but prefers to be deployed in a slightly more advanced role, scored five goals and provided 11 assists in Ligue 1.

He was a key figure as Lens secured a seventh-place finish for a second successive season.

Marseille are currently in pole position having already done the groundwork, but Chelsea and United have entered the race at the eleventh hour and could turn the player’s head.

The Premier League would be a step up from Ligue 1, while Clauss would also receive a higher salary at either Stamford Bridge or Old Trafford.

Chelsea could lose Cesar Azpilicueta before the transfer window closes, with Barcelona keeping tabs on the Spain international.

Meanwhile there are question marks over Aaron Wan-Bissaka’s long-term future at United, with Clauss viewed as a potential replacement for the ex-Crystal Palace (opens in new tab) man.

He is certainly better going forward than Wan-Bissaka, whose strengths lie in the defensive side of the game.

The aforementioned report states that Clauss is available for just £8.5m – a much lower fee than Chelsea or United usually pay for transfers.

That is because his contract with Lens expires at the end of next season, and he is unlikely to sign fresh terms.

Chelsea and United cannot afford to wait around, though, with Marseille thought to be close to getting a deal over the line after negotiations in recent weeks.