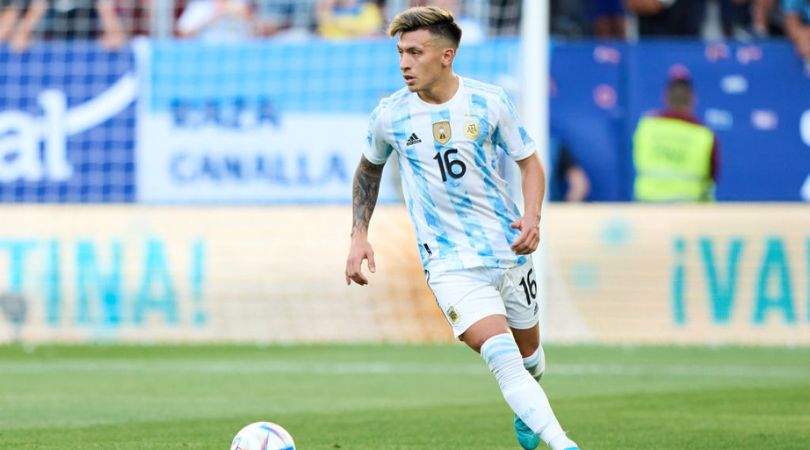 Lisandro Martinez has asked to leave Ajax this summer amid interest from Manchester United and Arsenal, say reports.

The Argentina international is at the centre of a bidding war between the two Premier League rivals.

Recent reports said United have made a £37 million bid for Martinez (opens in new tab), after Arsenal had two offers rejected by the Amsterdam club.

According to TalkSport (opens in new tab), the centre-back has tried to hurry along a move by submitting a transfer request.

The 24-year-old’s relationship with Ten Hag has bolstered confidence at Old Trafford that they can get a deal done, but the Gunners won’t give up without a fight.

Tyrell Malacia became United’s first signing of the summer earlier this week when he arrived from Feyenoord.

But the Red Devils have failed to complete any other deals so far, with long-running talks for Barcelona midfielder Frenkie de Jong still ongoing.

They were interested in Martinez’s team-mate Antony, but had a bid turned down after falling well short of Ajax’s asking price (opens in new tab) for the Brazil international.