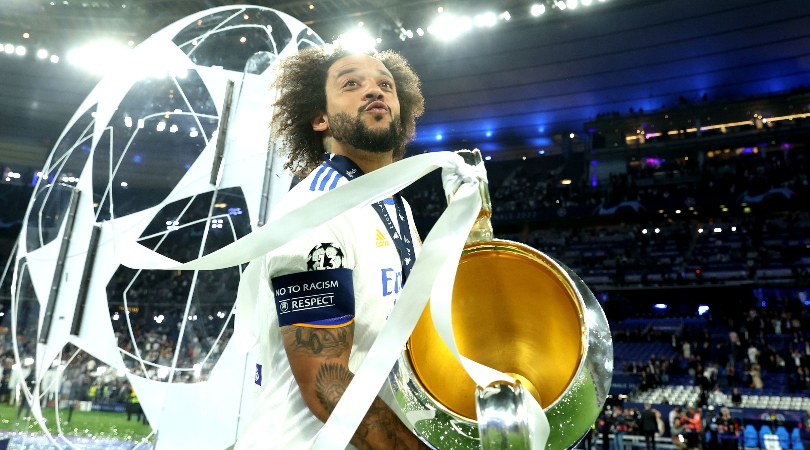 Real Madrid defender Marcelo has confirmed he is leaving the Spanish side this summer – and does so as the club’s most decorated player.

Marcelo did not feature for Los Blancos in their Champions League final win over Liverpool at the Stade de France on Saturday night, but lifted the trophy after the match as club captain.

It was the Brazilian’s fifth Champions League title and a 25th trophy in all for the left-back in 15 successful seasons at the Santiago Bernabeu.

The 34-year-old, who will go down as one of Madrid’s best-ever players despite a decline in the past few seasons, surpassed club legend Paco Gento last month as Real claimed LaLiga.

Back then, he said he wanted to extend his time at the club, but his contract is up this summer and he admitted on Saturday night that this is the end.

“It’s an incredible emotion because it’s my last game at Real Madrid,” the Brazilian told journalists in the mixed zone at the Stade de France.

“Leaving with a Champions League is a huge joy. It isn’t a sad day.”

Marcelo arrived at Real in 2007 as a long-term replacement for Madrid legend Roberto Carlos and is now considered by many to be the greatest left-back in the club’s history.