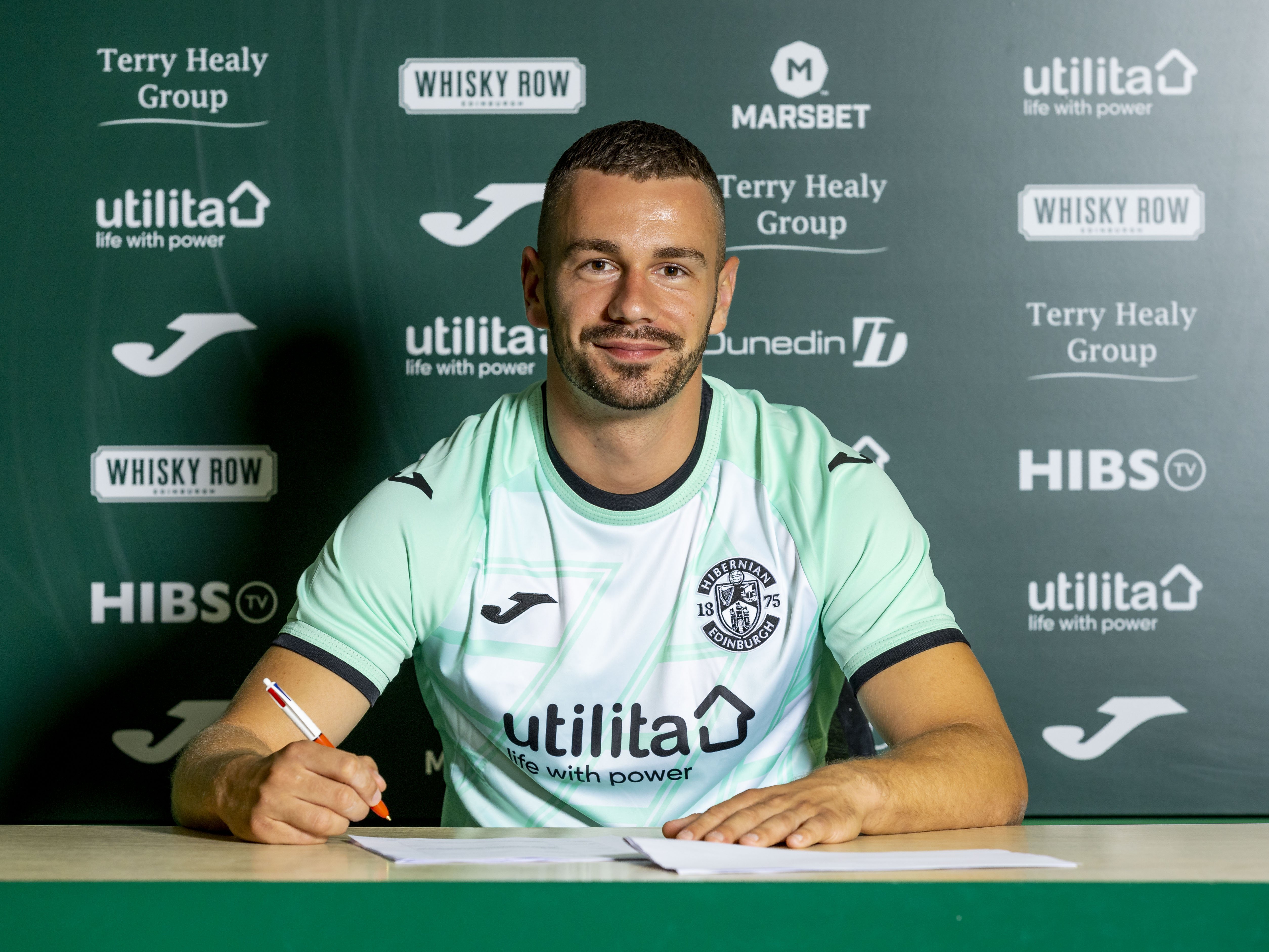 The Croatian left-back has signed a three-year deal following a transfer from Dinamo Zagreb after being earmarked as a replacement for Josh Doig, who moved to Hellas Verona.

The 25-year-old spent time on loan with Ferencvaros last season where he played with former Hibs goalkeeper Bogdan, who gave the Croatian a glowing reference of the club this week.

“This is the type of person I am. I am really happy because he helped me a lot.

“This is maybe a once-in-a-lifetime opportunity so I didn’t want to miss it.”

“I didn’t have to think much when the coach called me,” he said. “When I heard his thinking and his ideas on football and when I checked out the club, it’s a historic club, I am really happy that I got this opportunity.

“No-one can guarantee you will play if you train badly but it helped me a lot because I saw his idea of football is similar to mine.

“Obviously I am a left-back but I can play in a few formations and a few positions, so whatever it takes, I am here.”

“It was very dynamic football and Celtic are a really, really good team,” he said.

“I think the league is really dynamic and a lot of fighting and running. It should be fun.”