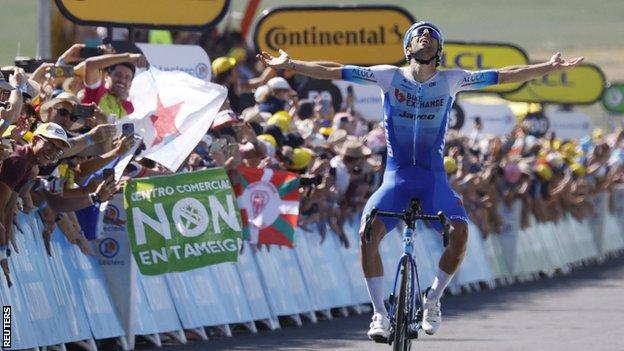 Australian Michael Matthews produced a brilliant ride to win a tough and hilly stage 14 of the Tour de France from Saint-Etienne to Mende.

Matthews went on a solo attack from the breakaway with about 50km of the 192.5km stage left before Felix Grossschartner, Luis Leon Sanchez and Andreas Kron joined him.

He shook them off but was then caught and passed by Alberto Bettiol on the final climb only to reclaim the lead and take victory, with Bettiol second and Thibaut Pinot third.

In the yellow jersey group, defending champion Tadej Pogacar launched an attack on the last climb but Jonas Vingegaard stayed with him to retain the overall lead as the pair crossed the line with the same time.