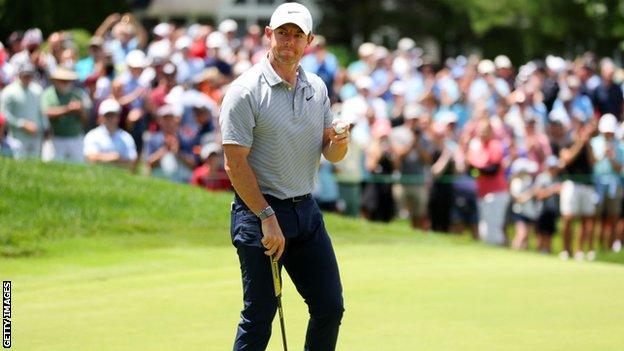 Rory McIlroy and JT Poston shot an eight-under 62 to share the clubhouse lead at the Travelers Championship.

World-number-two McIlroy went bogey-free in his first round at TPC River Highlands to continue his recent run of strong form.

Xander Schauffele and Scotland’s Martin Laird are a shot back in Connecticut.

McIlroy came into the event having finished tied for fifth at last week’s US Open – his third top 10 major placing of the season.

He has secured top 10 finishes in five of his last six events, which included a successful defence of his Canadian Open title.

In the opening round of the Travelers he continued to find joy on the greens, holing a 47-foot putt to make birdie on the par four seventh.

Three more birdies followed on the back nine including one on the 18th as he took an outright lead into the clubhouse.