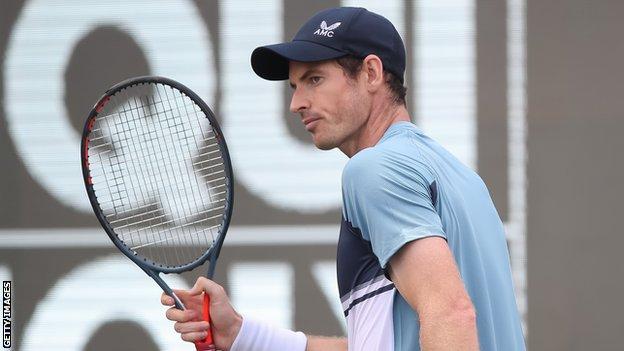 Andy Murray beat Stefanos Tsitsipas to claim his first victory over a top-five player since 2016 and advance to the Boss Open semi-finals in Stuttgart.

Murray, 35, moved fluently on the grass court to claim one of his biggest victories by ranking since returning from career-saving hip surgery in 2019.

His last victory over a top-five player came against then-world number two Novak Djokovic at the 2016 ATP Finals.

Murray will play Nick Kyrgios in the last four on Saturday.

Ranked 68th in the world, Murray has resumed his successful partnership with coach Ivan Lendl and has entered a number of grass-court tournaments to prepare for Wimbledon.

Against Tsitsipas, who beat him in a thrilling five-set match at the US Open last year, Murray showed his trademark grit, saving a set point in the opener before clinching the tie-break.

The three-time Grand Slam champion then won four of the final five games to close out the match.

“I don’t want to say I was the smarter player, but maybe this surface suits my style,” Murray said.

“Stefanos plays well on all surfaces but this works really nicely for my game and I’m able to use my strengths better.”

Murray reached the final of the Sydney Tennis Classic at the start of the year but has not won an ATP Tour singles title since 2019.