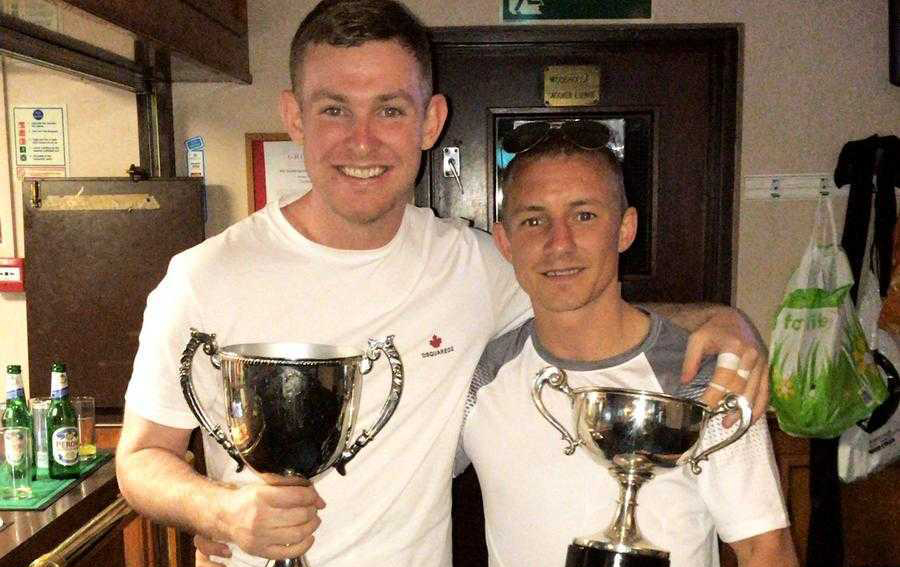 Butler has held the IBF bantamweight title and IBF super-flyweight title, as well as British and Commonwealth super-flyweight titles across his career. On April 22, he takes to the ring for a huge homecoming fight against John Riel Casimero. Butler’s in good form, too, having won his last seven fights – he tells FourFourTwo that preparations have been good and that he’s ready for this one. But boxing was never his first love.

A Liverpool fan who would finish his dinner as soon as he could to get out onto the grass with his mates, Butler was football mad and only set up a football team with his mate Tom so that they had something to do on Saturdays. It went better than he could have ever expected.

“We entered our local league, started off at the bottom, won that undefeated and went straight to the Prem and we were the first team from Ellsmere Port, just outside Chester, to win the Chester Premier Division,” Butler recalls. “We won that three or four years on the bounce and got put forward for the Prem.

“Then this year, we had a fourth season and we won the league with five games still to play: we’ve got a cup final in May. We’re doing really well: it’s been really tough but we’ve had some good moments.”

And so Butler has been juggling football and boxing since he was 18, worrying his friends and family at times that he’ll pick up an injury that will rule him out of a big fight. Teammates have told him to sit out the odd fixture so as not to risk a tweak or niggle, while Butler’s dad has turned up at local pitches in the past, shouting at managers to substitute his son when he’s got a big fight coming up.

“When I was living at home, I’d find myself sneaking out at 10am on a Sunday morning with my boots under my jacket just because I wanted to play football,” Butler says.

“There’s no better feeling than lifting those titles and fist-pumping to your crowd… but winning trophies with your mate is a close second. Seeing all your mates with a smile on their face: I probably get more nervous about cup finals in football than I do for my own fights. I’m in control when I’m boxing: that’s all down to me. I can’t control 11 players, though!”

Unfortunately, the fighter has never re-enacted Wayne Rooney’s classic boxing celebration, despite having sparred with the England legend’s brother, Graham (“We boxed out in Denmark together,” Butler says). The closest he ever got to celebrating a goal was during the height of the Saltbae craze when he mimed the viral chef’s customary ‘sprinkle’ move, after slotting home the winning penalty in a shootout.

Suppose the worlds of boxing and football were to collide, though: Butler already knows who he’d like to get in the ring with…

“I wouldn’t mind a little go at Gary Neville,” he laughs. “I couldn’t stand him when he played, kissing the badge at the Liverpool fans! As a pundit, I rate him, he and Jamie Carragher are great together. Carragher would love it if I sparred with Neville, wouldn’t he? Do you know what, I’d pay good money to see those two have a spar.”