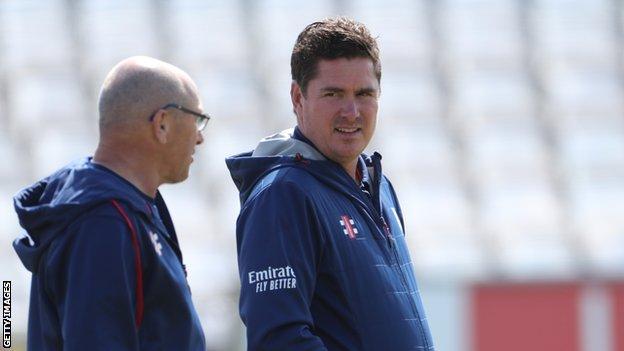 Former Australia batter Marcus North has pulled out of the running to be England’s new managing director of men’s cricket for family reasons.

The 42-year-old, currently Durham’s director of cricket, was reportedly among the favourites for the role, along with ex-England batter Rob Key.

England have since lost a three-Test series against West Indies 1-0.

They are currently in a state of limbo with the permanent head coach position also vacant.

The new managing director is expected to have the final say on the coach and will also help make a decision on the future of Joe Root as Test captain.

Former captain Sir Andrew Strauss is currently acting as managing director on an interim basis – a role he held full-time between 2015 and 2018.

Strauss said last month he hoped to have both vacancies filled by the first Test of the summer, which starts on 2 June against New Zealand.

England are winless in their past nine Tests, have won one of their past 17 and have lost four Test series in a row.

Key retired in 2015 and currently works as a commentator and pundit.