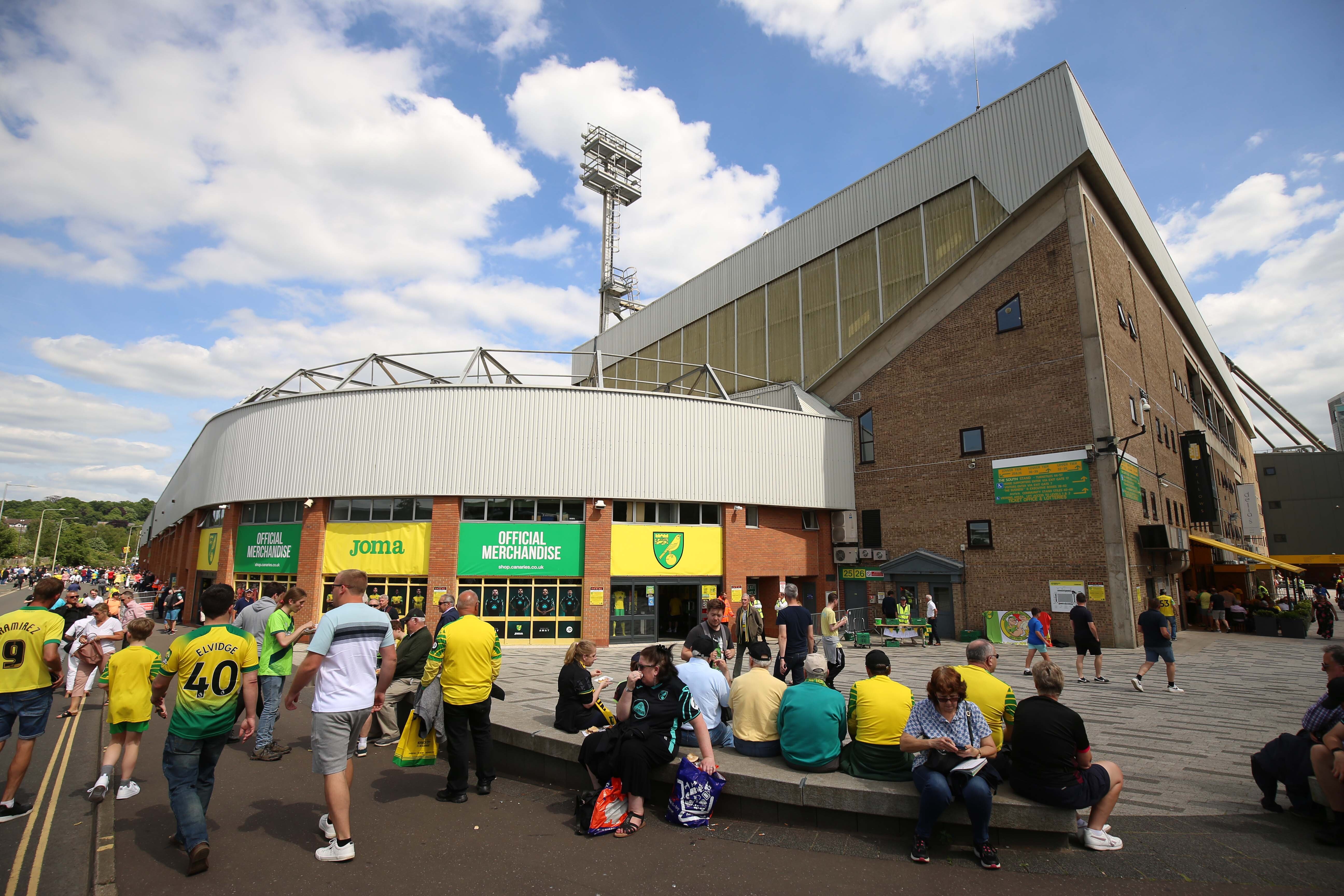 Norwich have been criticised for their Pride Month project and asked to apologise by fan group Proud Canaries.

The supporters’ group has hit out at the Canaries’ campaign which marks Pride Month and features a wall covered in homophobic slurs.

A statement read: “The impression given was that the film would record an upbeat occasion with players and fans alike throwing paint rainbows at a concourse wall to create an inclusive graffiti mural while discussing the negative impact of bigotry.

“Had we been briefed on the constantly in-view, and in-focus abuse wall concept we would have firmly advised against and deemed it a deal-breaker.

“The finished edit is far from positive. Viewers, including those from our community, are subjected to the sight of a lexicon of slurs – regularly used to target LGBTQ+ people – for almost the entire duration of the production.

“That error of judgement was compounded exponentially with the launch tweet, ironically stating ‘that this language is not OK’ – while platforming it.

A piece of history at Carrow Road has been created within our walls 🌈— Norwich City FC (@NorwichCityFC) June 8, 2022

“We’ve asked the club to delete the film in its current form, apologise publicly, and work with us, Norwich Pride, and the wider fanbase to make good.”

Norwich unveiled their ‘A Home For Everyone’ campaign in a 14-minute film which features former winger Darren Eadie and current players Kenny McLean and Megan Todd.

It ends with paint thrown at the wall to cover the offending words.

Proud Canaries member Tim Carr also takes part and the PA news agency understands the group was briefed on the content of the video beforehand.

A Norwich spokesman said: “As ever, all at Norwich are proud of the club’s ongoing work to support diversity, equality and inclusion across our players, staff and supporters.

“Throughout recent years the club have had, and continue to have, extensive dialogue with its various fan groups.

“We are determined to continue our work in this area, tackling discrimination in football, supporting difficult conversations and pushing boundaries in making Norwich City a home for everyone.”