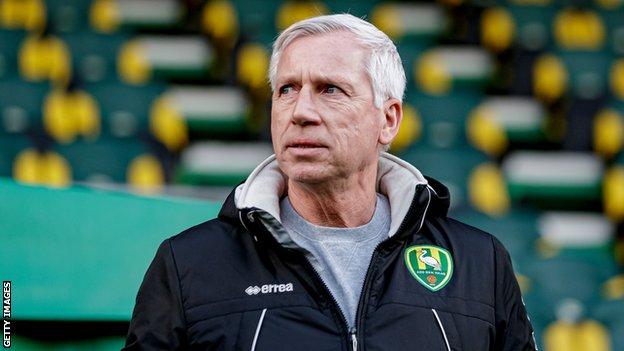 Alan Pardew has left CSKA Sofia with immediate effect because of racist behaviour from some of the club’s fans.

The English coach, 60, became the Bulgarian club’s technical director in November 2020 before being appointed manager this April.

But Pardew is leaving because of the actions of a “small group of organised racist fans” at CSKA’s league game at home to Botev Plovdiv on 19 May.

“Unfortunately, my time here is over,” read a statement on the club website.

“The events before and after the match with Botev were not acceptable for me, for my assistant Alex Dyer, or for our players.”

Pardew had agreed to take charge for the remainder of their current campaign, which ended on 22 May, and for the 2022-23 season.

But the ex-Newcastle and West Ham boss, who has managed seven English teams, chose to leave after numerous conversations with club officials over the past 10 days.

“The reason no-one gave an interview after the match was that we were all very outraged by the situation that had escalated,” the statement added.

“Our players decided to play only out of loyalty and to protect the club. The small group of organised racist fans who tried to sabotage this match is not what I want to lead and represent the team.

“This is not the right path for the benefit of CSKA, because such a club deserves much more.”