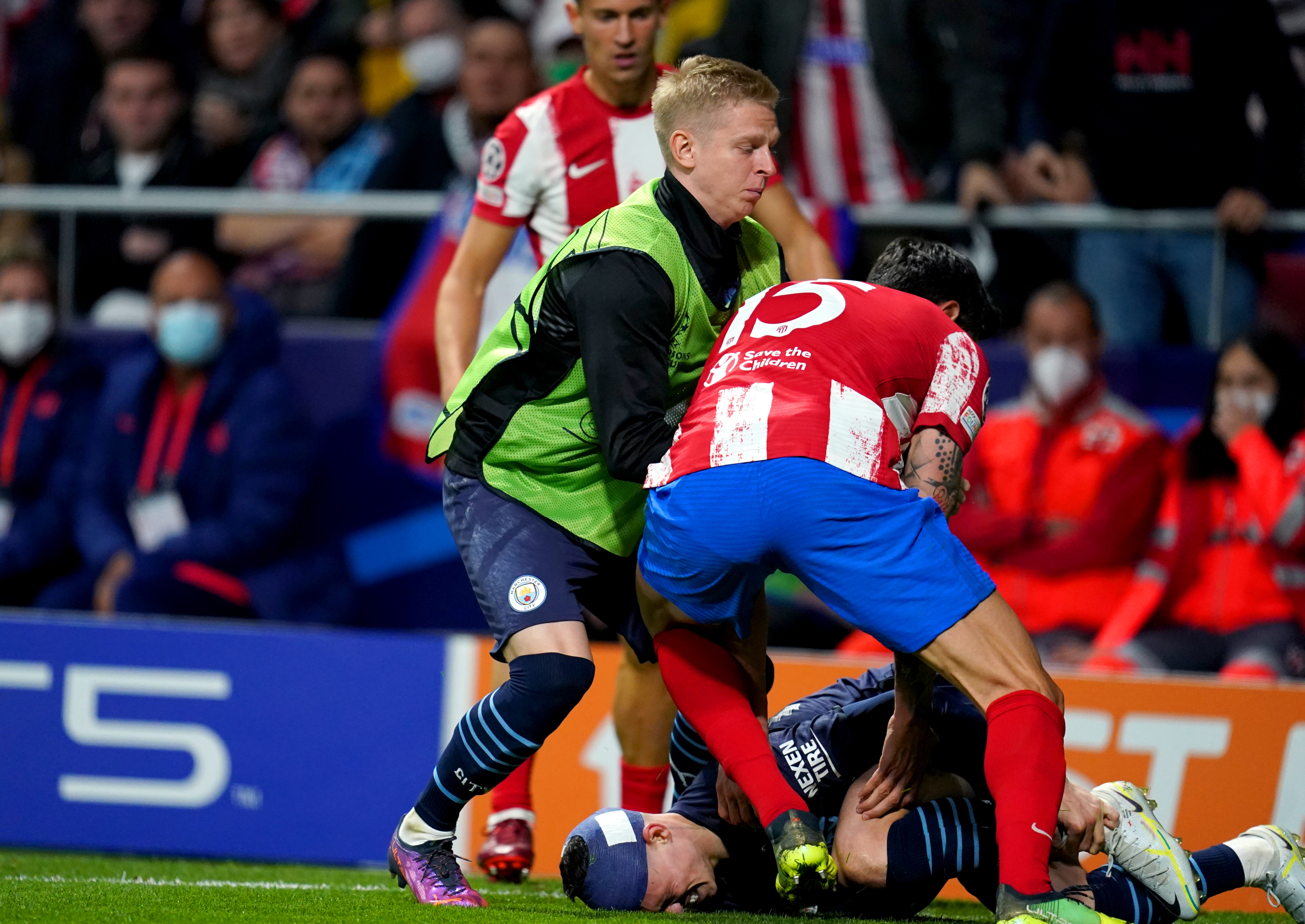 Manchester City manager Pep Guardiola claimed he had “nothing to say” on the ugly scenes which marred his side’s Champions League triumph over Atletico Madrid.

City claimed a hard-fought draw at the Wanda Metropolitano on Wednesday to reach the semi-finals 1-0 on aggregate but the match ended in rancour and bitterness with scuffles on the field and in the tunnel.

First a melee involving numerous players from both sides broke out on the field after Felipe kicked Phil Foden.

Amongst the trouble Atletico defender Stefan Savic pulled unused City substitute Jack Grealish’s hair after the pair exchanged words. Felipe was sent off for his involvement.

The problems continued after the teams left the field with players needing to be separated in the tunnel. TV footage showed objects being thrown and police reportedly became involved to restore order.

Asked about the incidents in his post-match press conference, Guardiola simply said he had “nothing to say”.

Pressed further in relation to a head injury sustained by Foden in another poor challenge from Felipe in the first half, Guardiola said: “I don’t talk about referees or the opponents either.”

There was also a suggestion Guardiola had liquid thrown at him as he headed for the tunnel.

He said: “Everyone saw the action but I have nothing to say.”

Guardiola preferred to focus on the determined effort of his players to claim a result amid fierce provocation and an intimidating atmosphere.

“They pushed us a lot,” Guardiola said. “Atletico were excellent in the second half and we forgot to play. We were in big trouble and they had chances to score.

“We had one or two clear chances in the first half but in the second half of the second leg they were much better. But at the same time we defended with everything.

“We had to adapt. We could not have the ball and we felt the pressure. We are in the semi-finals and it is an incredible achievement for our club.”

Atletico coach Diego Simeone also refused to comment much on the controversies.

Simeone said: “I always think justice should be implemented by other people. It is the referee who should implement justice.”

On his side’s general performance, Simeone said: “We are disappointed because we are out. You always want to win, no matter how you win. Winning is the most important thing.

“But of course it was a very difficult tie against an extraordinary rival. We contained their strength and they only had a couple of chances.

“We played better in the second half and created chances that could have allowed us to win but we were not clinical.”