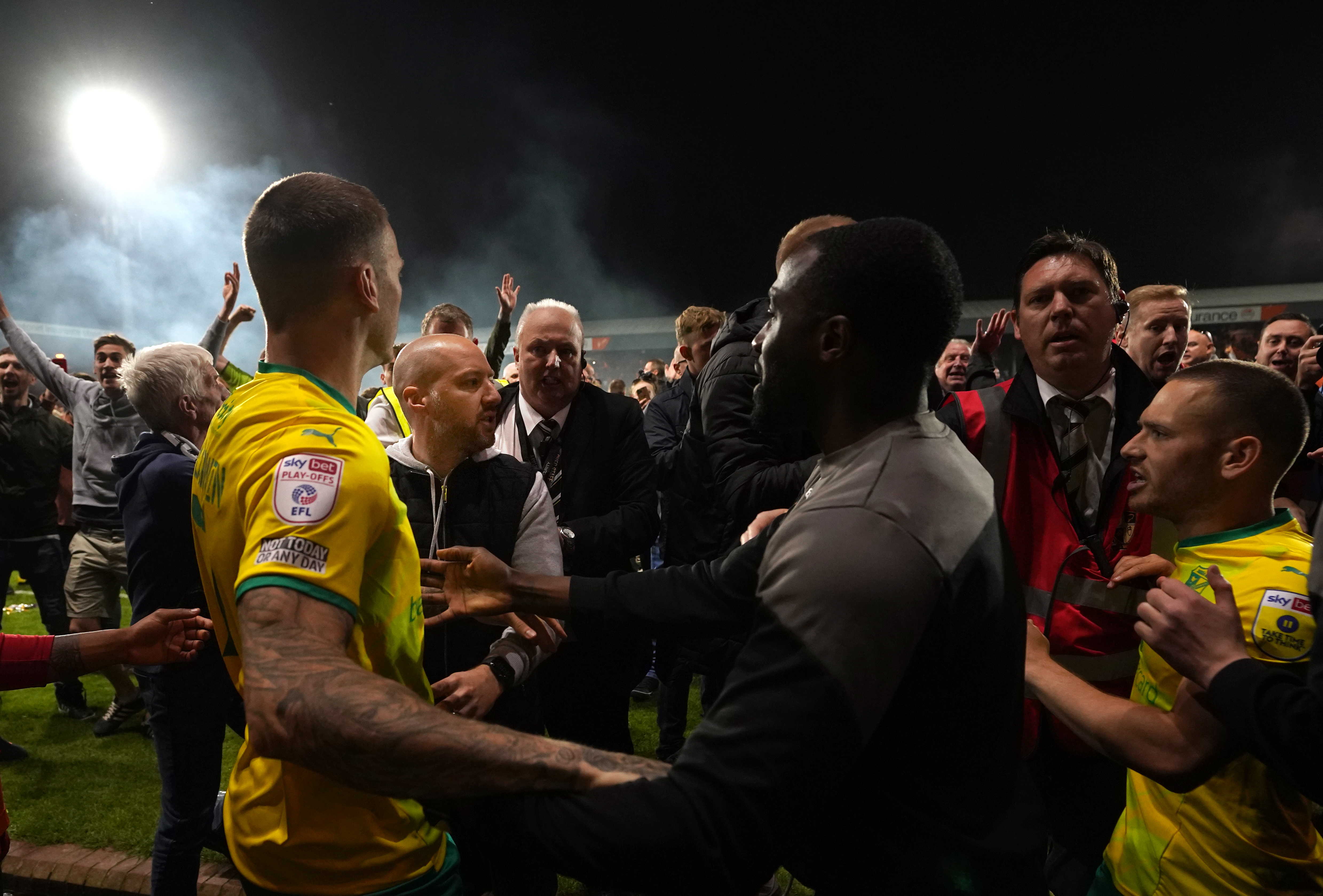 Thursday saw more ugly scenes with incidents at Goodison Park and Vale Park after fans spilled onto the football pitches at the respective stadiums.

In a week when a football supporter was jailed for assaulting a player on the pitch, the latest invasions at Everton and Port Vale provoked further worrying scenes at grounds up and down the country.

Here, the PA news agency takes a look at the incidents to have occurred in recent days.

“It’s assault. We’ve seen one of our players attacked.— Sheffield United (@SheffieldUnited) May 17, 2022

Nottingham Forest season-ticket holder Robert Biggs was jailed for 24 weeks on Thursday after he deliberately charged at Sheffield United’s Billy Sharp and headbutted him following a pitch invasion at the end of the Sky Bet Championship play-off semi-final second leg. It knocked the Blades forward to the ground while team-mate Oli McBurnie was also involved in a situation where he tangled with a fan. The Football Association have opened an investigation.

A day later and Mansfield forward Jordan Bowery had a Northampton fan barge into him during the second leg of their Sky Bet League Two play-off tie. It occurred towards the end of the fixture, which the visiting Stags won 1-0. The English Football League has already insisted it will consider “further measures” to tackle crowd misbehaviour over the summer.

Port Vale triumphed on penalties over Swindon to qualify for the League Two play-off final at Wembley later this month but their successful night was overshadowed by another horrible situation involving supporters and players. After Ellis Iandolo missed from the spot for Town, Vale fans charged onto the pitch to celebrate but some immediately ran over to the away side, with video footage appearing to show punches thrown at Swindon players.

There were two separate occasions where the Everton faithful spilled onto the Goodison Park pitch. Initially after Dominic Calvert-Lewin’s goal, which proved to be the winner in a 3-2 victory over Crystal Palace that secured Premier League survival, and again at full-time. The first thankfully went by with little to note but the second resulted in Palace boss Patrick Vieira being involved in an apparent altercation with an Everton fan. The Eagles manager had to walk across the pitch to get back to the away dugout and after seemingly being goaded by a spectator, Vieira turned and tried to grab the fan before he appeared to swing a kick in his direction.  Other supporters helped to break up the melee but it was the latest sour moment with fans on the pitch in England this week.