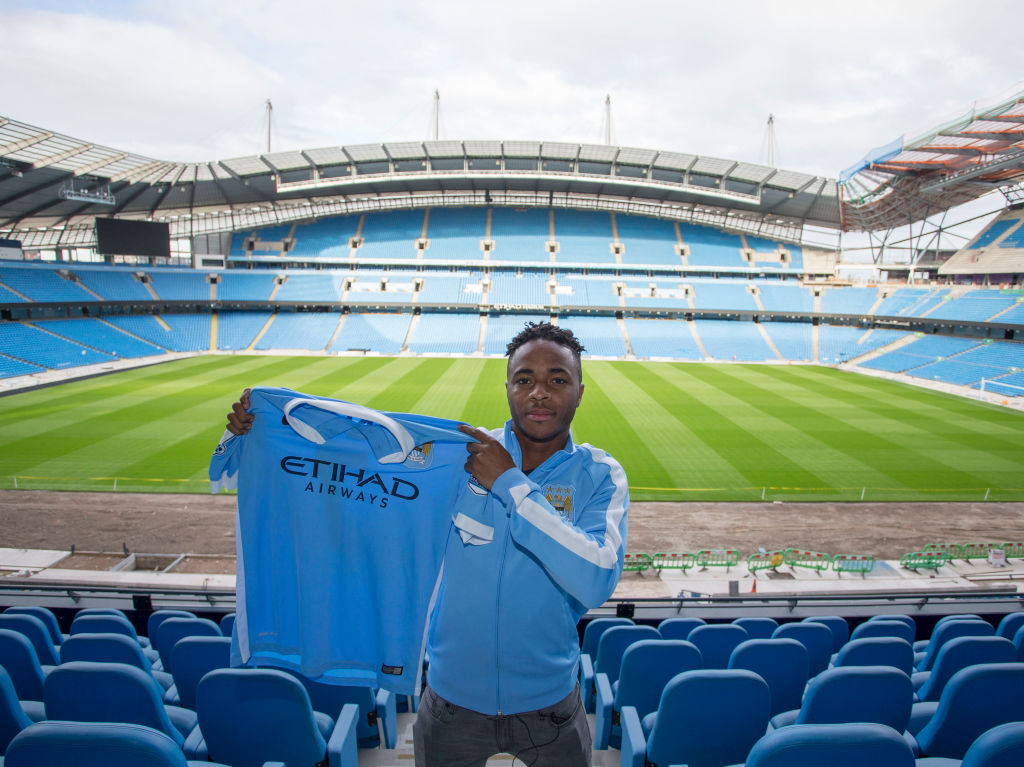 Transfers between Premier League clubs aren’t as common as in some leagues. Bayern Munich, infamously, have assembled their squad from working parts found at their rivals; Serie A, traditionally, has a culture of players moving between the top sides.

Which makes Raheem Sterling’s move from Manchester City to London all the more notable. The England star has sent shockwaves with this transfer, something that no one really saw coming before a few weeks ago – it feels like one of the biggest deals of the summer so far: potentially one of the biggest of the last few seasons.

There may not be loads of big deals between top English sides but there are a fair few that have surprised fans. Here are the biggest 10 – in terms of surprise and how big a deal it felt – rather than price…

Let’s start somewhere familiar. Sterling burst into the spotlight as the diminutive dribbler somewhere between Luis Suarez and Daniel Sturridge at Liverpool, in Brendan Rodgers’ side. He was destined for greatness – for club and country.

So leaving Liverpool certainly stung. Brendan Rodgers got a good price for the Brent-born boy but at a time when the Reds were building a bright team, Sterling leaving represented a stabbing in the back. This was a move that came to define a period of City’s history: boos have been loud whenever he’s come back to Anfield.

The most expensive English footballer of all time, Jack Grealish was perhaps the most exciting when he too moved to Manchester City. The palpable hysteria around the playmaker when he came on for England at the Euros – the conversation simply around why he wasn’t starting – was on a level with only a few players in the last decade or two.

City shelling out nine figures on Grealish was very… un-City. Pep Guardiola smashed his transfer record by £40 million, targeting an individual maverick rather than a system star. It was massive: it broke hearts. And yet it could have been eclipsed weeks later by Harry Kane…

Alexis Sanchez has a gold star on the Manchester United wall of shame. They didn’t pay a transfer fee for the Chilean but the wages alone were extortionate – not to mention the sheer hype of the deal.

Sanchez was supposed to be the missing ingredient in Jose Mourinho’s side (remember that?), a clinical forward capable of taking the team up a level, unveiled with a now-infamous video of him playing piano at Old Trafford. It became one of the biggest football announcements ever, immediately transforming the outlooks of both Arsenal and United. Just don’t mention how the move actually fared.

Fair play to Alan Shearer: not many men have turned down Sir Alex Ferguson’s call. But the great man himself said no to Manchester United out of the love of his hometown club and at a time when he could have gone anywhere on Earth, Shearer moved back to the Toon.

Shearer’s homecoming was like nothing that Newcastle had seen for years. He was greeted like a hero, as Geordies everywhere began dreaming of glory. England’s captain was swapping a title-winning side for a team he truly adored – and becoming the most expensive footballer on Earth as a result: that doesn’t happen every day, in England or anywhere else.

Carlos Tevez’s two-year loan at Manchester United was a strange move but one born out of necessity of the peculiar situation that the Irons had strapped themselves to when they signed the Argentine and his compatriot, Javier Mascherano. When Tevez then turned down a permanent residence at Old Trafford for the blue side of Manchester? The league has seldom seen such dynamite.

As if moving across the city to arch-rivals and putting up billboards in the town saying, “Welcome to Manchester” with Tevez’s face weren’t enough, Tevez was even pictured with a sign, reading “RIP Fergie”. For some, this was the moment that the noisy neighbours really started grinding on Red Devils’ gears – and Tevez revelled in the controversy.

The very image of Kevin Keegan stood on steps outside St. James’s Park, explaining to swathes of supporters why record signing Andy Cole had been sold to Manchester United is an iconic moment in Premier League history. Magpies supporters were devastated: he was a one-time record signing who had filled a void that few had threatened to since the likes of Jackie Milburn and Malcolm MacDonald.

“It was a very dramatic deal,” Cole told FFT in 2020. “People still talk about it now; the way it came about, I don’t think there are any transfers that are done that way now. No one knew about the transfer until Kevin Keegan came out on the steps and said he’d sold me.

“That was Kevin being Kevin. Kevin was a messiah at Newcastle, they loved him and naturally they were disappointed at the time that he’d sold me, they weren’t sure if there was going to be a replacement for me, or what it was that Kevin was trying to do. But he genuinely believed he was doing the best thing for Newcastle United.”

“You can compare me being at Arsenal to being married,” Robin van Persie once told BT Sport. “Me and my wife – Arsenal – were married for eight years. After eight years, my wife, possibly got a bit tired of me. If Arsenal are not offering you a new deal…”

That’s one view of the transfer. Arsenal fans were livid, losing their captain to the club they’d hated maybe more than any other for the past 15 years. It was seen not just as a thawing of ice between Sir Alex and Arsene Wenger – though the hostility between RVP and the side he was leaving was only beginning – it persuaded some that perhaps Wenger was no longer up to the task of leading the Gunners.

It was an unforgivable move for some Arsenal fans. Speaking of which…

Journalists had no idea what they were about to witness when Sol Campbell, Tottenham’s captain, stepped out at an Arsenal press conference to be unveiled as the Gunners’ new free transfer. This was pre-social media, before the days of Arsenal fans tracking flights.

Campbell’s move lit a fire under both sides of north London, reigniting a derby that had played second-fiddle to the rivalry between Wenger and Ferguson. This was a move that seemed impossible – why would he have gone? What about his ambitions to play abroad? – and yet here it was.

Imagine Harry Kane going to the Gunners now, Marcus Rashford going to Liverpool or even Bukayo Saka ending up at Tottenham. That’s the magnitude of this deal.

Roman Abramovich had a habit of buying players that he wanted at Chelsea, rather than his manager of that given period. You can attribute the fall of Jose Mourinho to Andriy Shevchenko’s arrival (well, his first fall at least). Fernando Torres was another such indulgence.

To call it an impulse buy would be wrong, given that the Russian oligarch had courted Torres for years and bid for him countless times. It felt wrong, though: it felt like a FIFA Career Mode signing. And for £50m. It was fantasy football, alright.

Once more, Merseysiders were incensed. Torres was never reprieved – and though the move wasn’t the success Roman or any other Blue envisioned, that Champions League semi-final goal against Barcelona certainly softened the disappointment. The frenzy of the move almost eclipsed anything he could possibly achieve, anyway.

A transfer that only came about because Leeds United enquired about Denis Irwin, United thought they’d try their luck. Eric Cantona was a problem personality at Elland Road that Howard Wilkinson didn’t quite know how to handle.

The rest is history, of course. King Eric became a defining Premier League move, not just for United (whose course was set for 13 titles, now) but the division as a whole. Overseas stars would come over here for decades to come to show elegance and steeliness – and yet that wasn’t even the biggest aspect of this deal.

It was a move from one rival to another, with the price kept quiet by Leeds as not to cheese off fans. It was a capricious genius, who might make Ferguson or break him. It would either change the Premier League for good, bad or ugly. Everyone had an opinion on it. Ask fans of either club – or any other for that matter three decades later: it’s still impossible not to have a view on it.