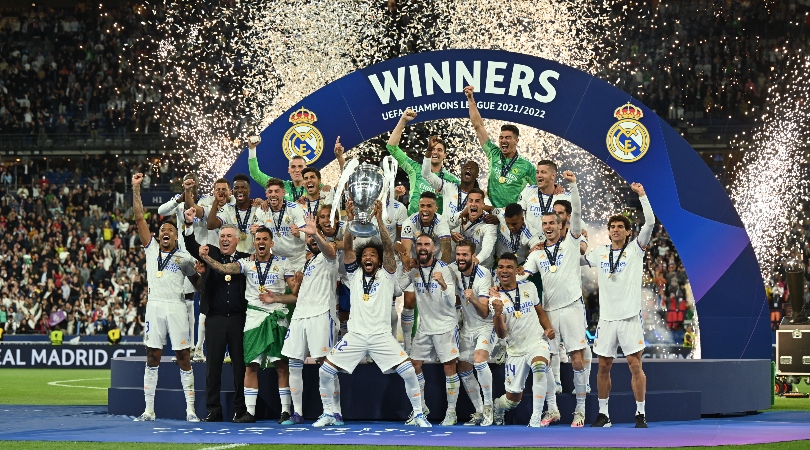 Real Madrid have won the European Cup for the 14th time after edging out Liverpool thanks to a Vinicius Junior goal at the Stade de France.

Kick-off was delayed for over half an hour as fans waited to get inside the ground, but Liverpool dominated once play started.

Madrid had goalkeeper Thibaut Courtois to thank for a number of fine saves in the first period, but Real thought they had scored right at the end as Karim Benzema saw a goal ruled out following a lengthy VAR check.

And Los Blancos improved in the second half, taking the lead just short of the hour as Vinicius Junior poked home a low driven cross by Fede Valverde at the far post.

Courtois made a stunning save to deny Salah after that and Madrid missed chances to extend their lead on the counter-attack.

For Madrid, it is a 14th European Cup in an incredible season in which they have also won LaLiga.

But for Liverpool, it is a disappointing end to a season which brought two domestic cups but ultimately saw them miss out on the two main prizes in the final two matches of the campaign.