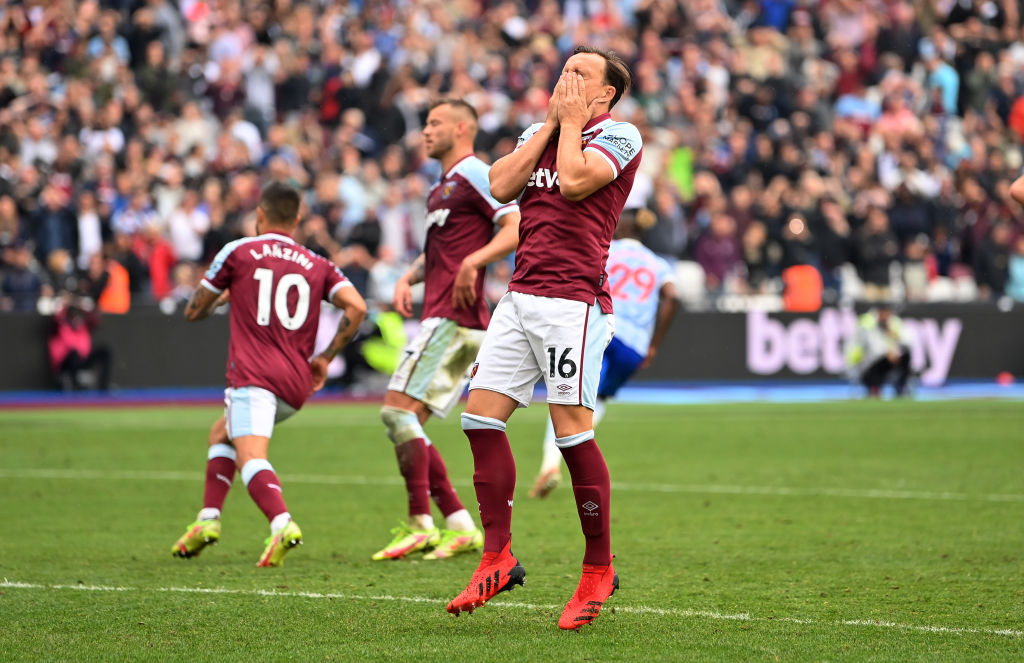 Soccer Aid 2022 kicks off on June 12 to raise money for Unicef – and it’s bringing together some big names from football and beyond.

Now in its 11th year, the game used to be held every other year but has since become an annual event with regulars appearing for both England and a Rest of the World side that has previously boasted Diego Maradona and Ronaldinho.

Here’s who to look out for this time around – and here’s everything you need to know about the charity spectacular.

Former One Direction member Liam Payne is set to appear in his first Soccer Aid and will captain England.

Lucien Laviscount is making his Soccer Aid debut. The Emily in Paris and Waterloo Road actor appeared in a charity match for Sport Relief back in 2010.

Singer and Manchester United fan Tom Grennan played at left-back for the Rest of the World last year, thanks to his Irish heritage. His song, ‘Found What I’ve Been Looking For’ was the Sky Sports Premier League intro song between 2017 and 2019.

YouTuber Chunkz appeared at last year’s Soccer Aid for England, coming on as a substitute as a striker. His channel has 1.8 million subscribers and 142 million video views.

The Last Leg star and comedian Alex Brooker is an Arsenal fan, making his first appearance at Soccer Aid. He has a prosthetic leg and will become the first-ever physically disabled participant in the game.

Homeland star Damian Lewis is a regular with four appearances at Soccer Aid. The actor is a Liverpool fan.

Gold-medal winning long-distance runner Mo Farah has twice appeared as a right-back for England at Soccer Aid and supports Arsenal.

Reality TV star Mark Wright had a youth career at Arsenal, Tottenham and West Ham before playing lower league football. Last season, he was signed by Crawley Town and appeared against Leeds United in the FA Cup.

David Harewood has appeared twice as a goalkeeper in Soccer Aid and is best recognised for roles in Homeland and Supergirl.

Brit-nominated rapper Aitch is making his debut at Soccer Aid.

Former England goalkeeper James has appeared twice before at Soccer Aid and played for the likes of Liverpool and Aston Villa in his career.

Gary Neville won eight Premier League titles with Manchester United and now works as a pundit on Sky Sports. He made his Soccer Aid debut in 2021.

Jamie Carragher won the Champions League with Liverpool and is also now a pundit on Sky Sports. He too made his Soccer Aid debut in 2021.

Anita Asante played 70 times for England played for Arsenal and England women. 2022 will be her first Soccer Aid.

Fara Williams is the highest-capped England player ever. She played at the 2021 Soccer Aid.

Joe Cole played for Chelsea, West Ham and Liverpool in his career. He will be making his fourth appearance at Soccer Aid.

Recently retired West Ham legend Mark Noble will be appearing at the London Stadium for his Soccer Aid debut in 2022.

Teddy Sheringham won the Treble with Manchester United in 1999, played for Tottenham and West Ham and has played at Soccer Aid three times already.

Former Chelsea and England legend Eni Aluko will be making her Soccer Aid debut in 2022.

Rest of the World

Soccer Aid 2022: Who’s playing for the Rest of the World?

Fastest man in the world Usain Bolt is a huge Manchester United fan and has appeared at three Soccer Aid games before. The Jamaican spinter is captain of the RotW team.

Scottish actor Martin Compston is best known for appearing in cop thriller Line of Duty. He has played at four Soccer Aid games.

TV presenter and stand-up comedian Mo Gilligan has appeared at the last two Soccer Aid games for Rest of the World, owing to his Jamaican heritage.

Representing the Republic of Ireland, Chelcee Grimes has written songs for Kylie Minogue and Dua Lipa, while also playing football for Everton, Tottenham and Fulham. She is now a presenter for the BBC and COPA90.

Botswana-born Steven Bartlett is the co-founder of Social Chain and a Dragon BBC’s Dragon’s Den.

Comedian Lee Mack has appeared for both England and the Republic of Ireland at Soccer Aid. He will make his fifth appearance this summer.

Social media personality Noah Beck is from the United States and has never appeared at Soccer Aid before. He was a midfielder for the Portland Pilots during his college career.

Actor Mark Strong has appeared in films such as Kingsmen and Fever Pitch. An Arsenal fan, he is making his Soccer Aid debut for the Rest of the World, thanks to being born to an Austrian mother and Italian father.

Tom Stoltman is a British strongman competitor from Invergordon, Scotland making his debut.

Fellow Brazilian full-back Roberto Carlos is also a World Cup winner and will make his second Soccer Aid performance after withdrawing from his last appearance.

Heather O’Reilly is a legend of the United States national women’s team with over 230 appearances, three Olympic gold medals and a World Cup. This is her first Soccer Aid.

Carli Lloyd is a two-time World Cup winner with the United States and a four-time Olympian. She is making her debut this summer at Soccer Aid.