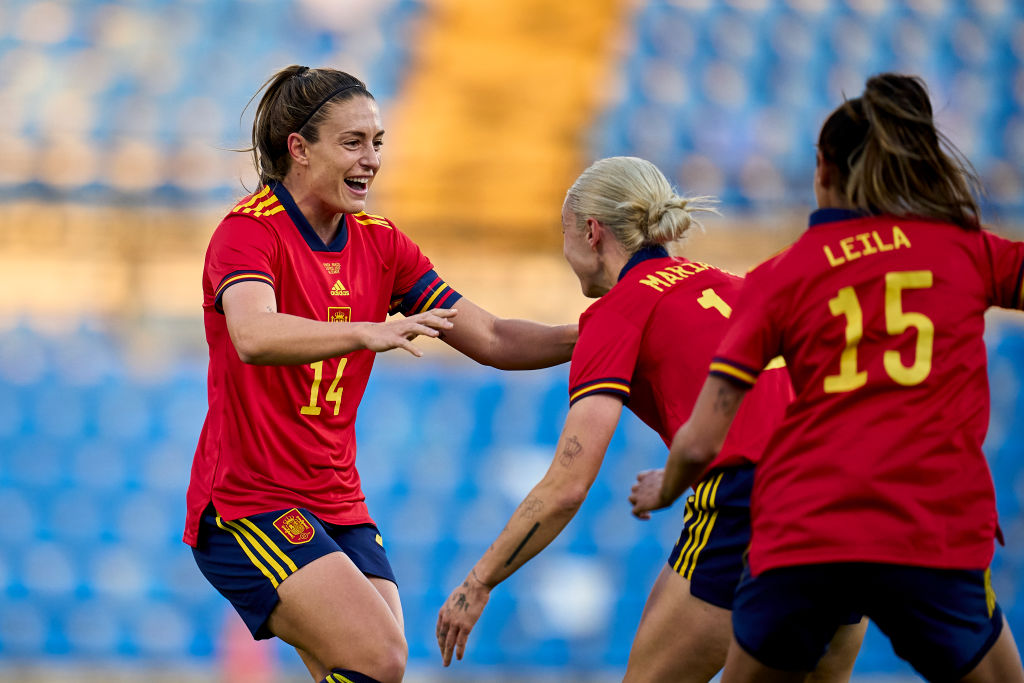 The final Spain Women’s Euro 2022 squad is yet to be revealed but here is who Spain most recently called up to their team.

The Spain Women’s Euro 2022 squad will be made up of 23 players, of which three must be goalkeepers. If a player becomes unavailable before the start of the tournament, whether through injury or illness, Spain will be able to select a replacement.

Spain go into the Euros as the pre-tournament favourites, despite having only once made it to the semi-finals of an international competition, back in 1997. Much of the focus on them stems from Barcelona’s incredible success over the past couple of years, but despite having lots of Barcelona players in their squad, these are not the same teams.

That being said, it is undeniable that Spain are absolutely stacked with talent. Irene Paredes and Mapi Leon are probably the best centre-back pairing in the tournament, particularly now they play together week in week out, whilst the ability to play Barcelona’s midfield of Patri Guijarro, Aitana Bonmati, and Alexia Putellas is unlikely to hinder Spain. However, there is a sense that longterm manager Jorge Vilda does not quite know how to get the best out of his side.

Paredes returned to Spain this season after her contract expired at Paris St-Germain as one of the most highly rated centre-backs in the world. She was essential in PSG’s historic league title win and played a huge part in her side running Barcelona close in last season’s semi-finals. She was made captain of Spain in October 2021 and now plays at Barcelona.

The 2021 Ballon D’Or winner Alexia Putellas is finally basking in the adoration that she has long deserved for her performances. Putellas has everything you would expect from a modern number ten with her passing, shooting and dribbling ability all some of the best in the world. Her vision and ability has been central to Barcelona’s elevation to the best women’s team in the world.

Jorge Vilda has managed Spain since 2015, having previously coached the youth squads which won the under 17 Euros in 2010 and 2011. There is no doubt that he has known many of the players in his squad for the entirety of their footballing careers but some still question whether he is the right person to get the best out of them. A run to the semi-finals will be the very least expected of him.