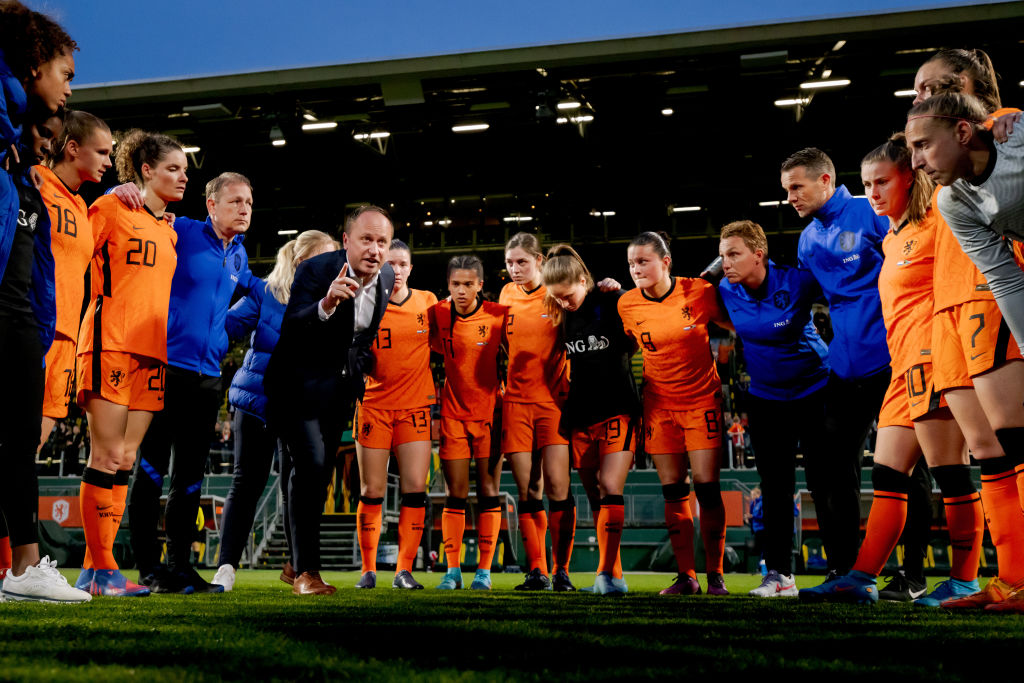 Sweden Women’s Euro 2022 group contains the Netherlands and Switzerland. It did originally contain Russia but they have been suspended from the competition. It is not yet clear if they will be replaced at the tournament.

You can also download our Women’s Euro 2022 wall chart to see every team’s group at this summer’s tournament.

Sweden’s first group game will likely be their trickiest, against the Netherlands. The Netherlands are currently the holders of the European Championship, having won it on home turf back in 2017. However, manager Sarina Wiegman has been hired by England so they will be led into the tournament by former Portland Thorns boss Mark Parsons.

Despite the managerial change, the Netherlands side is full of attacking talent. Vivianne Miedema has played a slightly different role for Arsenal this season but remains an unstoppable goalscorer. Meanwhile, Lieke Martens has missed a large portion of the season for Barcelona but the Netherlands will be hoping she can find her fitness before July, having been named ‘Player of the Tournament’ at the 2017 Euros. The Dutch side’s biggest boost will have come with Lyon midfielder Damaris Egurrola committing to them, despite being eligible to play for Spain and the USA.

Sweden will play their second group game against Switzerland. Switzerland are playing in their second ever European Championships, having beaten the Czech Republic on penalties to make it to the tournament through the playoff system.

There are a number of talented players within the Swiss squad including Barcelona’s Ana-Maria Crnogorčević, Paris Saint-Germain’s Ramona Bachmann, and Arsenal’s Lia Wälti. Meanwhile young forward Alisha Lehmann is always a threat in one-v-one situations due to her ability on the ball.

Sweden Women’s Euro 2022 group: Who will the third team in the group be?

Sweden were due to face Russia in Group C but UEFA announced in February that they would be suspended from the competition. UEFA are yet to confirm how their suspension will affect the tournament as a whole.